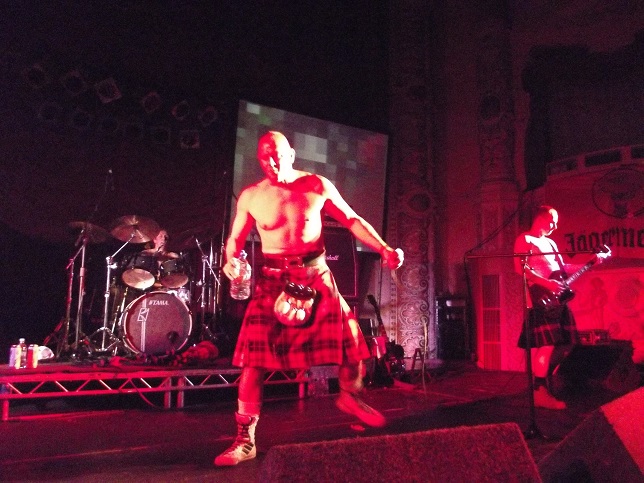 ‘Kids should be at home with their xBox and watching XFactor.’
That’s the policy of the police in the Rhyl area as time and time again they stop venues catering for the Under 18s.
Go to virtually any other place and Live Music Venues have an over-14s policy. The Boulevard in Llandudno have been hosting successful Thursday night Metal Mayhem shows, MASE in Llandudno a few years back was hugely attended by hundreds of teenagers who went onto spawn countless of bands, including what would become Global Parasite, Jed is Dead and Klaus Kinski.
A few years ago Inspector Roly Schwartz said ‘Over my dead body.’ When asked about Under 18s going into venues where alcohol is for sale. So the latest twist is still more confusing as a gig in Offas Tavern in Prestatyn on November 28th was pulled.
Promoter Steve Rastin announced today, ‘The under 18s shows have been postponed after the police turned up at the venue, threatening to shut it down if the under 18s gigs went ahead. We’re not sure what their issue is, as alcohol would not be on sale on the premises, but we’re hoping to establish a dialogue with them to try and put in place a framework by which under 18s shows can be run in the not-too-distant future.’
Fall to The Sky and No Name Janes were scheduled to play the show, with the promise of more to come.
When asked for the police’s reason behind banning the event, Steve remarked, ‘I’m completely baffled to be honest. From what the landlady has told me, the police are worried that such an event will encourage youngsters to try to smuggle drink onto the premises. Based on that logic, I wonder whether youth clubs etc will be closed down as surely the same circumstances exist?’
He added, ‘I’ll hopefully have a better insight into what their objections are by the end of today and from that I’ll be able to see if there’s a way forward. I’m perfectly happy to work in tandem with the police, licensing authorities or whoever to allay any concerns they have, but I just worry that it’s far more convenient for the authorities to say “no” to something rather than become involved in making it work.’
The Breeding Ground in Rhyl between 2001-03 ended up closing because of similar problems, although it was more to do with under 18s getting into the venue and drinking; this event however is specifically for U18s… Baffling…