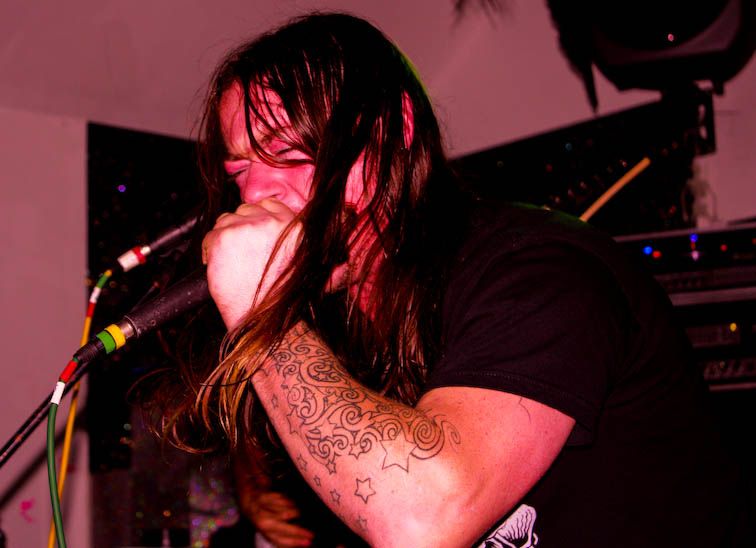 When Basil Fawlty pretended to his wife, Sybil that he’d forgotten their wedding anniversary she squawked at him, ‘Do you know how long we’ve been married Basil? Fifteen years!’
He replied, sarcastically, ‘Fifteen years, eh! God, fifteen years.’ That’s how long Mucus have been crusting over before they were phlegmed back into existence by that ubiquitous guitar mercenary Duncan Black. 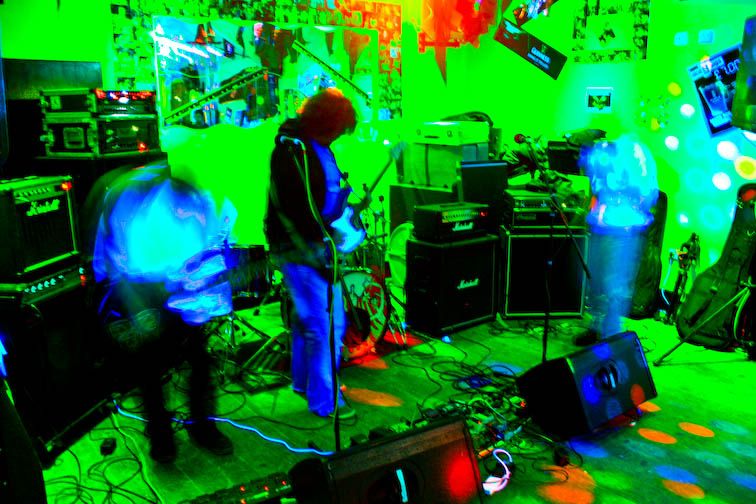 Another project resurfacing (I presume it was a resurfacing exercise) were Micrographia, a band / project very close to my heart for their tenacity to swim against the tide of indie bands who crashed against our shores in 2004/05. Their ‘Everything Will Turn To Heat’ maxi-EP is now 5 years old, and up until tonight has spent the last few seasons nestling under my bed on a mini-disc alongside Mishap’s ‘Between The Static’ demo and a compilation of Mercenary Skank singles and filed under ‘Local Music’. So I pulled it out, warmed up the mini-disc player, sighed at how I miss this type of technology and then smiled. It’s been a long time, but it was like seeing an old friend, the sounds and ambience came sweeping back as the EP played.

Five years on and a bit broader (except Dave), Micrographia carried on from where they left off; like a noisier outlet for Ben Powell to vent his non-Mank spleen and like ritalin to keep Dave McCann’s Whales beached, while Andy Jones in the middle on bass keeps these two opposites in rank and file.
Dave Whales had earlier remarked to me that Micrographia have now got a lot louder as they’ve got bigger amps, he wasn’t wrong, although not enough volume to abate the metal head chatter in the audience, but those that paid attention were treated to a stash pocket of lysergic gems.

Twice in 2 months for me and Entity, (top pic) who proved beyond reasonable doubt that living in Trearddur Bay makes you very angry. This is bouncing grindcore fun for all the family (so much so I brought young Dex as part of his learn about ‘keeping it real’ programme – earplugs provided). John has an excellent voice to compliment the barrage his counterparts provide. It’s all technical picking, manic rhythms and bestial deliveries from the off that leave your brain bludgeoned. Every time I close my eyes you die. Ahoy! 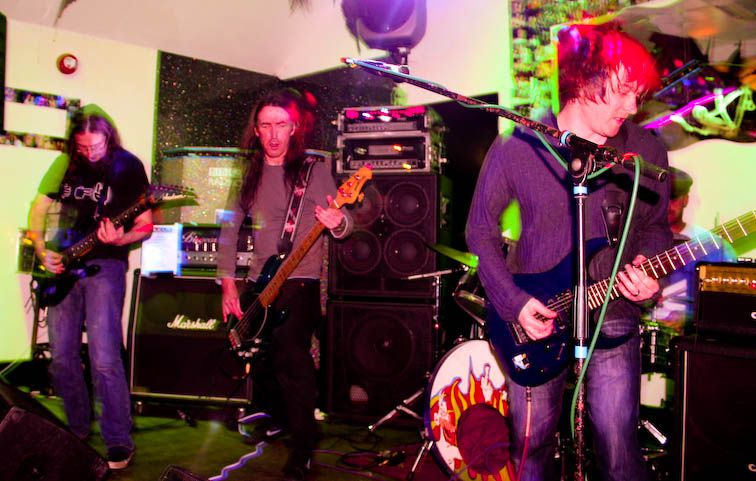 ‘Spirit’ was written in 1992 and opened Mucus’ first live appearance in 15 years (‘Fifteen years, eh! God, fifteen years’) and from then on it’s all about distinctive guitar playing, a few shouts and lots of fun. ‘Ugly Bastard’ is next and you don’t realise such a mild mannered glue sniffer like Duncan Black could be so raw and angry, and what is appealing about the reprobate’s guitar playing is he doesn’t wank out his talents. Where many a gifted guitarist will fall by the wayside, is their belief that everyone will stand in awe as they fretastically finger you to death, yes it’s amazing at first but the tingling of the sensations just end up numb after too much of a good thing. So Mucus material is importantly short, it’s sharp and, yeah, at times shockingly good. Even a cover of Storm Troopers of Death’s ‘Chromatic Death’ is thrown in, a band described as ‘Horribly racist but great guitarists.’ It’s riffing of the highest order.

You can throw in Slayer, Lynyrd Skynyrd, Iron Maiden styles into the mainly instrumental mix, it’s all good, and it certainly got the crowd going, particularly the amusing but over enthusiastic blonde girl who kept getting on stage to tell us how good Mucus are. We know! But thanks for reminding us!

John from Entity was invited on stage to scream a song called ‘Adam Walton’ – from what I could work out it wasn’t all that complimentary! Then it was an encore of ‘Wrecked’ before it degenerated into a request spot of covers.

Another good night in Bangor, let’s hope it catches on… 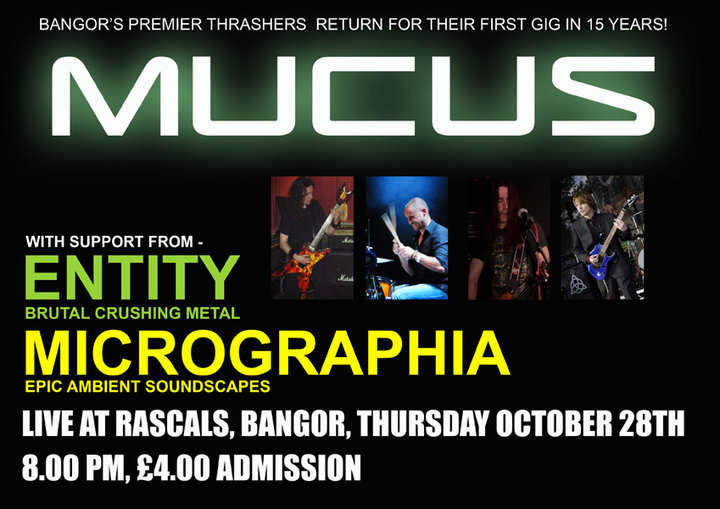