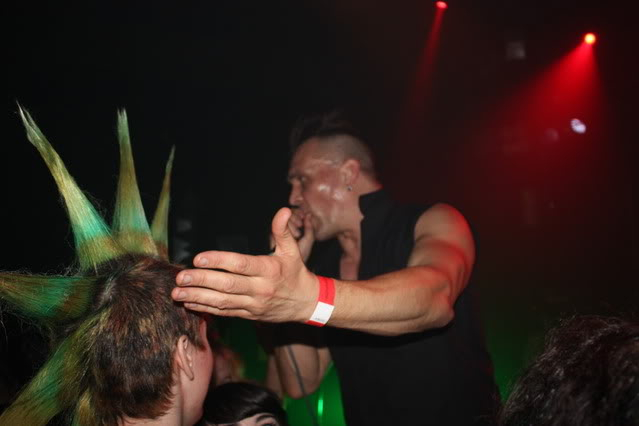 ‘Brother, Do you believe in the power of rock ‘n’ roll?’

Pre-gig chatting with John Robb, he asked how things were in North Wales, I told him that Rhyl had died a death. He looked confused; ‘How can something die when it’s never been alive?’
Well Rhyl has been alive, it just seems that the third (or is it fourth?) resurrection and the light are taking a fucking long time coming..! We did also touch upon the merits of Llandudno’s Great Orme goats and how it’s quite fitting we both like a seaside town built purely for pensioners. 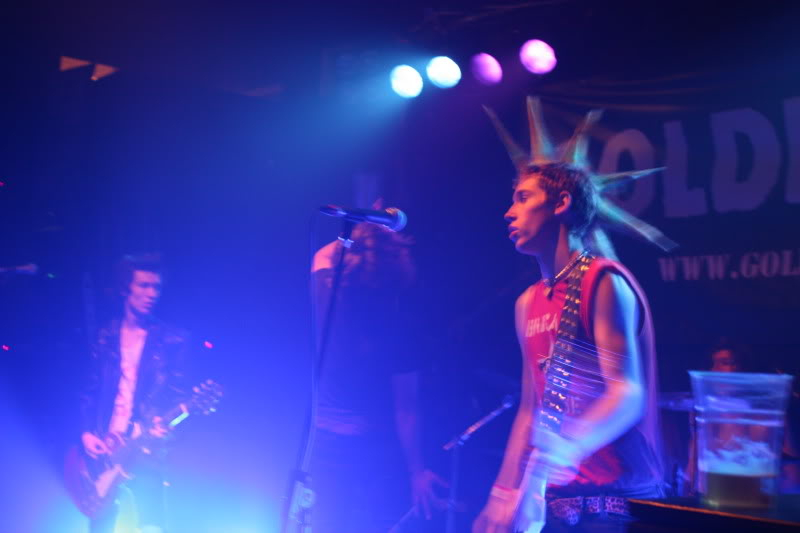 That was the extent of that conversation as local scally punks The Wasters (pic above) drowned out any further exchanges and the show began. ‘I just wanna simple, an oh so simple life, I just wanna go to sleep and wake up when I like.’ Simple songs, yes, and why complicate things. Probably not a day over sixteen and it’s ace to see yet another generation grab that punk baton and leg it like there’s no tomorrow. Reminiscent of Menace, The Exploited and their ilk, the chosen subjects range from Fucking The Government and drinking Antifreeze (not at the same time). Musically they are still stumbling over their chords, but then again I’ve seen Demob play 30-years on and stumble over their chords! Bags of energy, a bag load of gigs and living in the right city can only be a bonus for The Wasters as they carve their way into local folklore. http://www.myspace.com/thewastersmusic 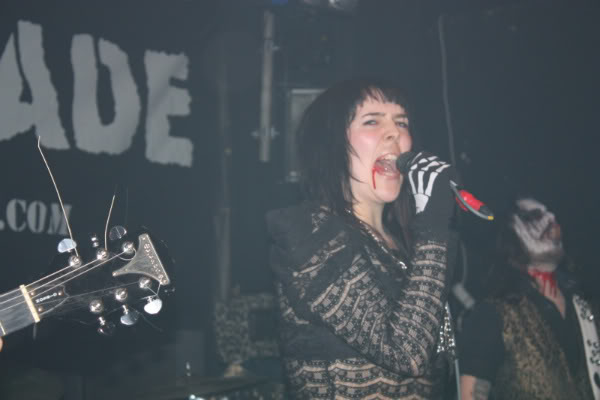 I was quite excited when I learnt late on in the day that Zombina & The Skeletones (pic above) were also on the bill, I reviewed them a couple of years ago when they came to raise the dead in Rhyl – a feat they did admirably. The soundman tonight was obviously deaf and did his utmost best to exact revenge on everyone present by deafening them too… Or maybe I’m just too old.. Now where’s that goat..? And it did take 4 or 5 songs for my ears to iron out and pick out the sound amid the tsunami of decibels as Zombina stomped their King Kurt-esq, bubblegum high school horror chic punk rock in this theatrical setting. Nobody Loves You When You’re Dead (Rhyl) is still my favourite. http://www.myspace.com/zombinaandtheskeletones 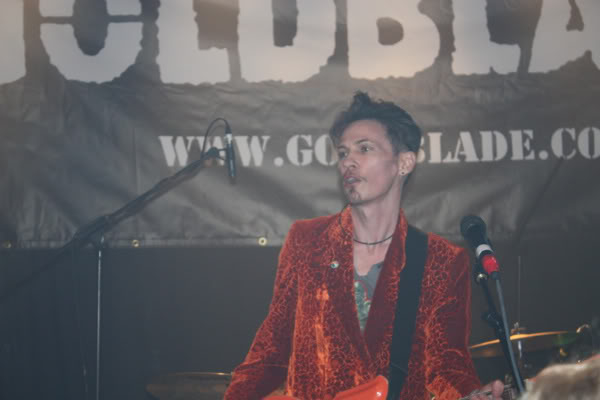 The Drellas, they supported us last year, they were good then, they’re even better now.’ Mr Robb reliably informed me. I had never heard of them, but the singer-guitarist had an air of confidence and familiar charm about him, and I was immediately taken by their punk-psyche-spacerock stance. Killing Joke meets Hawkwind half through an acid experiment at a Hell’s Angels wedding. The nicely priced beer got the better of my bladder (age again!!) and a quick chin wag in the bogs led me to learn that the familarity was well founded, as the frontman is Tommy Scott (pic below) who once told us that the female of the species is more deadlier than the male when he was in the band Space. If my opinion is anything to go by The Drellas knock his previous band out of orbit. Thumping, psychodelic and capable of Burning Down Schools, another favourite band for you to put a star next to your list and check out… http://www.myspace.com/thedrellas 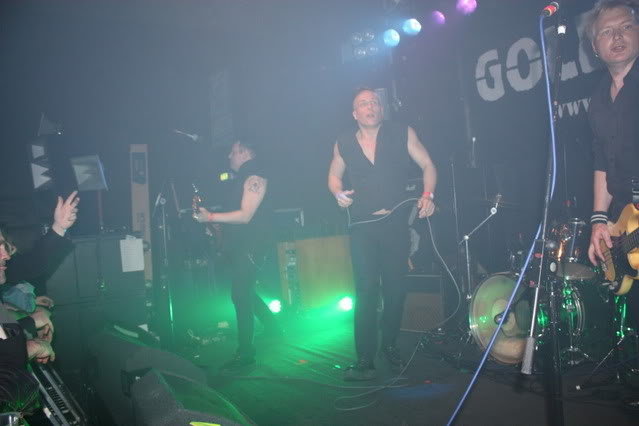 When it comes to Fighting on The Dancefloor and Fucking in The Streets, nobody does it better than Goldblade. Mild mannered John Robb becomes Brother John as soon as he alights that stage and you become his flock as he preaches the goodness of our Lord Rock and our Lord Roll and are overcome by its power. Goldblade are here for the purpose of entertainment and I challenge you not to be entertained. It’s impossible. All tonights bands played short sharp sets and Goldblade were no exception as their Best of repertoire was hammered through and every inch of the boards were skipped, jumped and skidded on in the name of rock ‘n’ roll with their punk meets oi meets psychobilly slam dunking knock out whist style.

‘Ian McNabb, come on stage and let us ruin your career.’ The former Icicle Works mainstay duly obliged and jammed his way through a jam packed stage as Goldblade rounded off more than your monies worth. Ten outta ten… http://www.myspace.com/goldblade