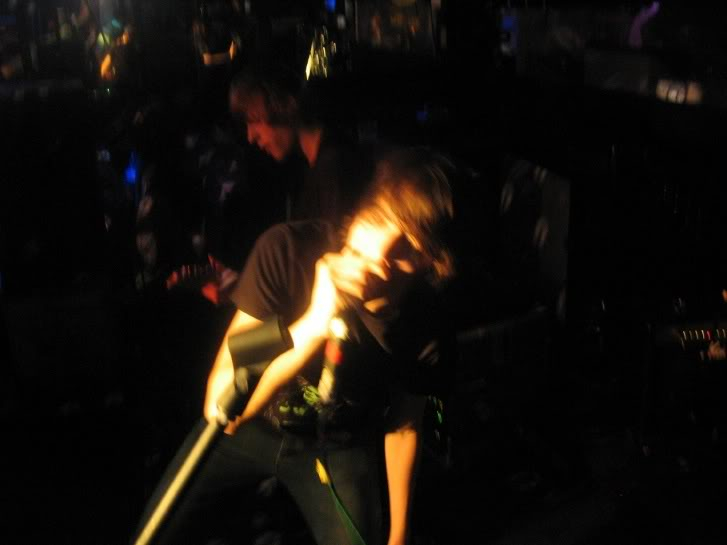 My name is Mark and I’m a gigaholic. The first of the many steps is admitting it. With quite a few weeks gone since last going to a gig I had a growing, gnawing urge inside, and instead of taking a sensible approach by popping out to the local to watch some cabaret on a regular, government approved methadone equivalent live experience I was instead going to lapse into my old habits of binge gigging in all manner of seedy establishments where you get the real deal, the hard stuff….

After an aperitif of Sona and Iris at the Menai on Monday it was off to Rhyl, renowned on so many levels for what it brings to the desperate.
Leaving the gathering of United haters to their revelling with the TV’s downstairs I joined a sizable crowd of the alternative yoof upstairs.

There are bands called Impaled, Impaler, Impaled Nazarene so I very much took Impaled Existence to be selecting from the evil band name randomiser program and wanting to be genre compatible. The first song had a curiously more melodic punk metal feel to it and I thought the Cannibal Corpse shirt wearing guitarist with a fine face for death metal was probably not getting to express himself fully. However they then admitted they were going in a more “brutal death metal direction”, which was fine by me and sure enough that influence was exerted. Unfortunately despite some interesting rapidly changing riffs there was little collective power from the instrumentation and the vocals weren’t very strong, I don’t know if that was just a PA thing, but it did remind me of my own early band days where the enthusiasm and intent might be there but the results aren’t quite clicking yet. 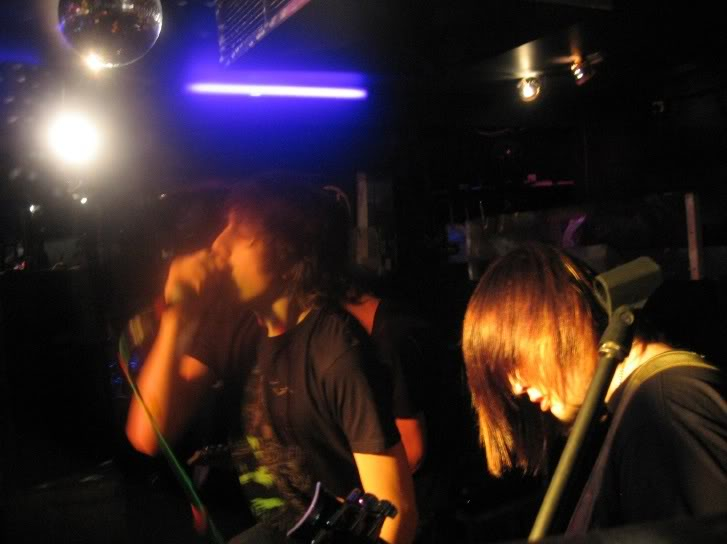 A Sight Unseen (both pics) are apparently from South Wales and had been on in Bangor a couple of weekends back. They immediately had a lot more impact due to some very tight metal-core, reminding me of Darkest Hour, but with an original vocal combination of gruff growls offset by the drummers more melodious lines. The only constructive criticism I’d offer is that that gruff style didn’t seem to bear much relation to the music in terms of timing and was a bit monotone but I’m sure it can develop well. They only played a shortish set due to not having much material but it was definitely a case of quality over quantity they have definitely put some effort into refining their material. Almost as much as they’ve put into their haircuts.

I tied off, fuckin wings burst out my back…