My opinion? When has anyone given a toss about my opinion?, Well, the billing was probably right, although there’s plenty of room for a whole host of other bands to be in that Top 3. After a meeting downstairs at Blu with Homespun, planning their new video, it was across the road for a swift Islamabap with cheese and chili sauce before watching Liverpool reserves plunder through West Ham’s defence; much to the dismay of The Dean. 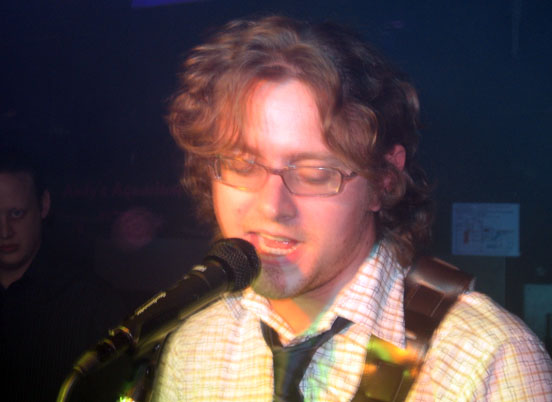 The Racketears (pic above) are excellent. They mean business with a laid back approach and sublime tunes. I filmed them with 1000 Words Productions a couple of weeks ago and knew most of the songs as TheirSpace is on continuous play here at the House of Crud. 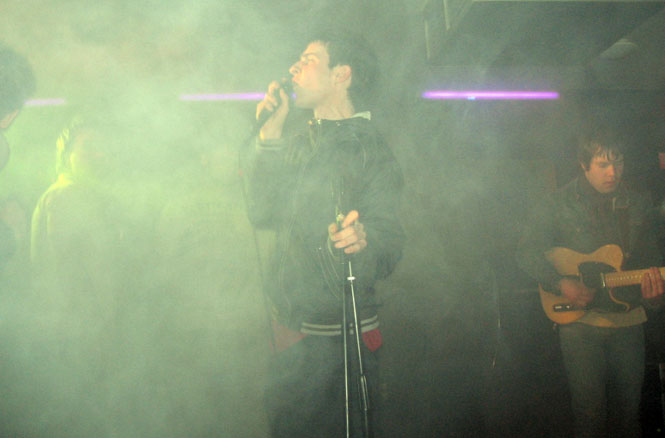 Der Bomber’s MySpace address in derbomber6862, which pays homage to Mulleur’s incredible 68 goals in 62 games for West Germany. The bad boys from Meliden try also to achieve such records by trying to rattle off 38 songs in 32 minutes! – Perhaps not that many, but each tune is a volley or a header or a free kick. One or two miss the target, but most slam into the back of the net.

With very little room to move due to the size of the crowd, Gintis do the graveyard shift (only the place is full), and it is becoming increasingly later as Blu now has a midweek 2am licence. My eyes on Thursday mornings betray alcohol and late Wednesdays.

What can I say that I haven’t already said about Gintis? 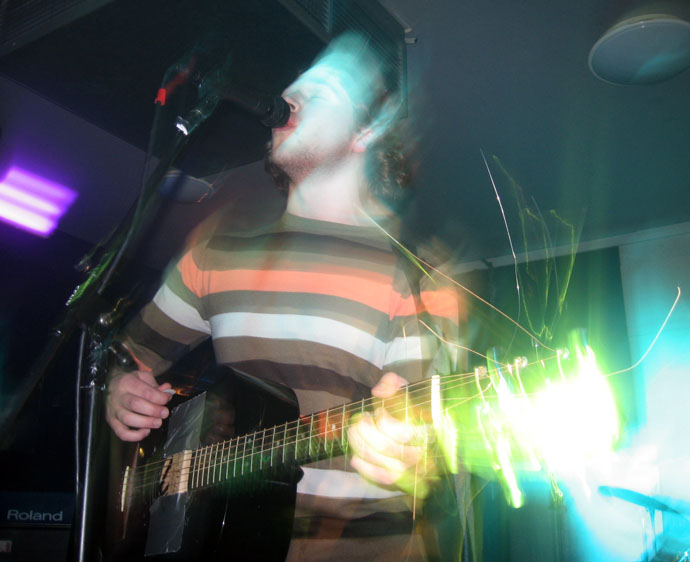