(review by neil crud and mwj – pix by crud) 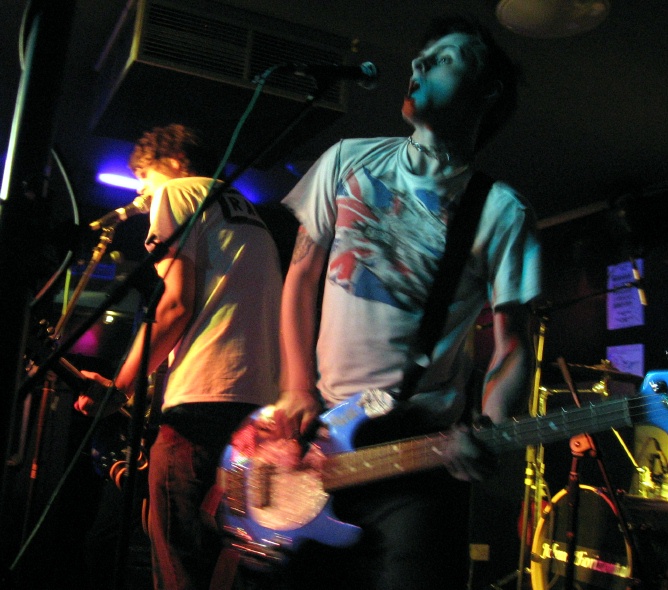 October – November are always subdued times of the year in Scummy Rhyl. Chip paper wrappings blow down the road, discarded by the latest inner city immigrant who’d rather sign-on by the seaside than in the smog. We endured such a specimen while watching the football in the pub, he was ranting immature bullshit in a thick Brummy accent at the TV screen. It turned out he couldn’t read as it flashed up ‘CORNERS WON – BIRMINGHAM 0 LIVERPOOL 3.’ He started screaming that the Scousers hadn’t scored three goals. So seeing that he can’t read I can say what I want… SO FUCK OFF BACK UNDER THE STONE YOU CRAWLED FROM YOU PIECE OF SHIT. 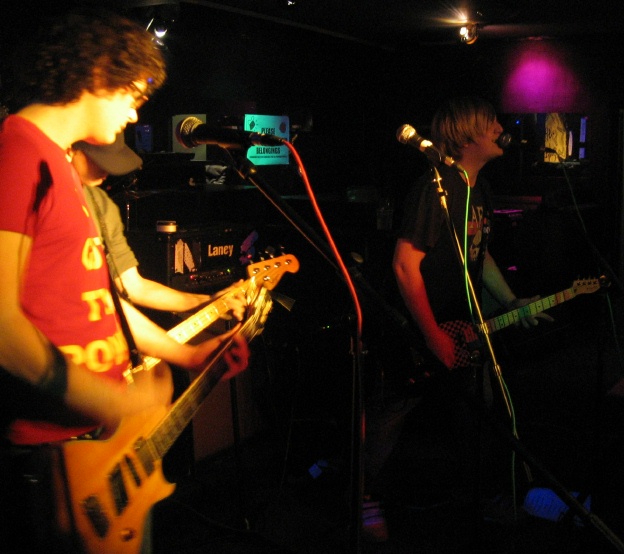 Having not seen the Sick Dastardlys previous in their four year career – I see them twice in five days!
Before that in this quiet Blu (it always is this time of year – tho thankfully thick football yob dickheads are banned) we had Stoke’s Stash Pocket (pic below). Nothing against the band, but why were they wheeled all the way in from Stoke when we have an abundance of this type of band on our own doorstep? The South Wales-American influenced safe punk, and it is just that – safe. The song David Benson Philips was however excellent – all six seconds of it – more please. 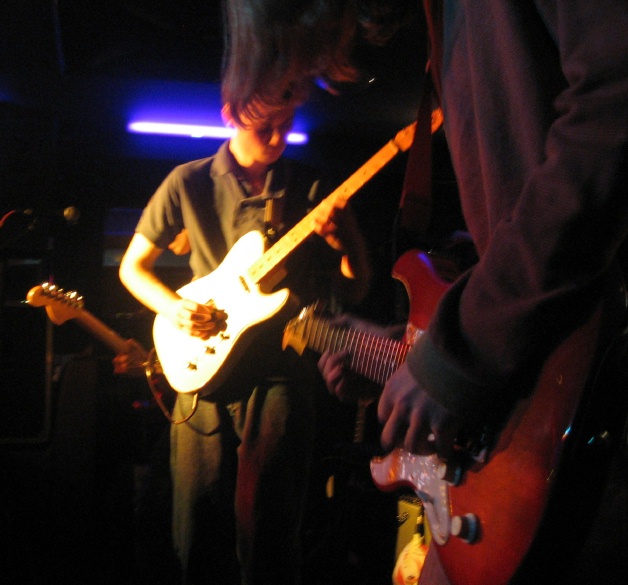 Johnny Horizontal (pic above and below) hail from my hometown of Denbigh – where I was brought up – Denbigh Boot Boys Rule OK!! – They have a collective age that is younger than me, they’re a Welsh language instrumental ambient guitar band (they play their instruments in Welsh) and don’t have a bassist (one of the three guitarists uses a pitch shifter). I discovered them earlier in the week and fell in love with their stuff, they swept me away on a tide of spaced out guitar melodies. They must’ve caught my mood bang on the right moment (perhaps I was slapping the monkey at the time!). Caught up in the euphoria I emailed the track Diwrnod Lyfli O Haf over to Sync and he came back with with a mooted response – a bit like Blu tonight, as in muted response! We did concern ourselves over whether this criminally young band could carry over their recorded work live on stage, and they put us right with a transcendent performance reminiscent of Model Superb meets Micrographia. I love having a favourite new band and this week I have two – but MWJ can review the Sick Dastardlys (main pic) as he’s far more descriptive than I could ever be… 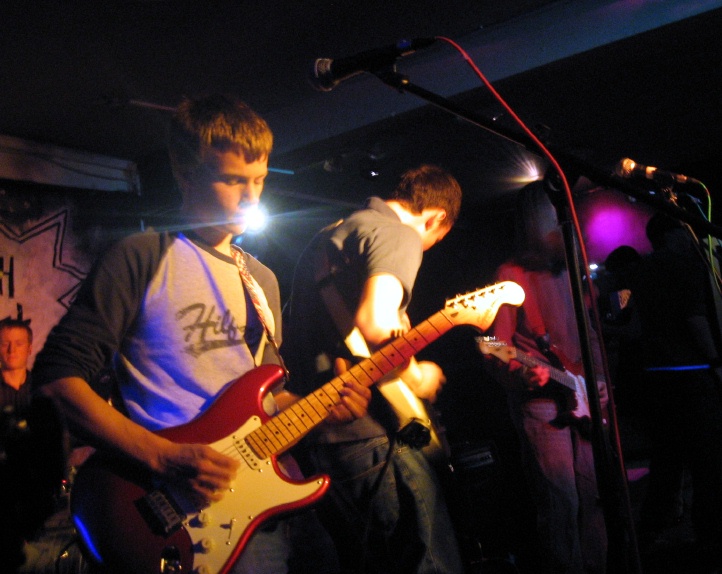 From when I’d seen them some time ago under their previous name the Sick Dastardlys had been working far harder than a lot of local bands, gigging regularly and beyond the bounds of our geographical handicaps.  This has benefited them in delivering a tight, confident, no-messin’ performance, even if they may not have been that motivated by a limited attendance/response here.  While their mid-pace punk is not overly striking or unique they do have genuine strengths in the melodies they get between the two guitars, the passion/anger the vocals reach on some numbers, and the unbridled energy of the bassist.  There was haunting familiarity about his gurning and flailing that made me wonder if back in 1989 some young punk on the run from the Obscene Publications squad had found a safe house and bed in the Amlwch area. A bit much if yer dad’s first words to you are “Turn up the bass some more, son”.  There’s a refreshing short, sharp, shock feel to their songs and set, but I hadn’t visited Blu for a while was surprised (and sober) to find bands finished before 12.  Oh well, a few more days for my liver.