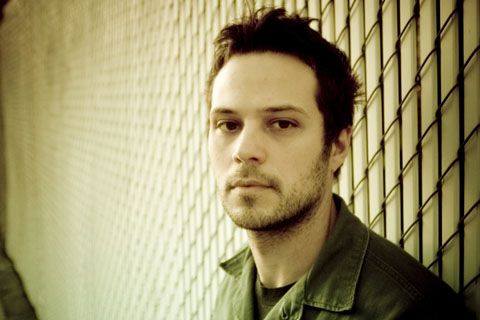 The gig was advertised to start at 7 o’clock so, we turned up at 8 and yes, you’ve guessed it, still had to queue up! Only for a few minutes so not too bad but it does seem a bit of amiss to be an hour out on your door opening time, particularly when the venue has a 10 o’clock curfew upstairs where the bands play?  This aside it’s a nice little venue, probably squeeze in a bout 200 or so, good room, decent PA, air conditioning etc.  Yep, it’s OK at the Social, Nottingham.  There’s one in London as well which I will no doubt visit at some point.
Tonight’s show starts with support band “Cheap Hotel”.  Two young ladies up front playing guitar & bass respectively with the guitarist covering vocals as well.  Backed up by some great solid drumming from the only chap in the band, these ladies definitely know how to rock!  Some great guitar work ranging from Setzer’esqe, type rockabilly licks to all out grunge, sometimes in the same song, why not!  Delivered with a definite sneer & sometimes a smile.  I suppose there was an American sound & feel to what they do, which is no bad thing in my book, especially as tonight’s headliners are also an American band.  I don’t know anything more of “Cheap Hotel” but, they were a good warm – up for tonight’s show & would definitely go & see them again if they turn up somewhere local to where I live.

Headliners tonight are “Rocco Deluca & The Burden”, from California, USA.  Came across Rocco via a Sky TV documentary a few month’s ago, also, saw him perform a track on his own on the Jonathon Ross show around the same time.  An unusual way to discover for me but, great music is welcome in whatever form it arrives.  On the strength of those two viewing I had gone out & bought their debut album “I trust you to kill me”, which, is a masterful piece of work, that hasn’t been out of mine or Mrs Salvadors CD player since.  So, a lot of expectation of Rocco & the lads for this gig,  having had a great day in what seems like a revitalised Nottingham since last visited, must be all the target practise the locals have taken to over the past couple of years, strange one that, why Nottingham?

Anyway, Rocco’s sound is a mix from old style blues to punk, but never sits too far into either bag, creating a passionate, heartfelt collection of songs that, on this showing come over as well live as they do on the album.  Rocco is blessed with a fantastic voice that verges towards Jeff Buckley on a lot of the songs, sometimes even sounding like PJ Harvey on “Gravitate”.  There is also an overall resemblance at times, to “Paloalto”, another excellent California band that we didn’t get to see nearly enough of in the UK, only ever caught them myself in the States.  Most of the tracks from Rocco’s album were played tonight with, the recent single “Colorful” coming across strongly.  The haunting, drifting, atmospheric of the start of “Gift” are heard through any gaps in the set, a nice touch…….  The band, appreciate the full house tonight as Rocco recognises to us all that “they have had some lonely ones”!  With this being the last, apart from a festival date the day after, of a small UK tour it must be heartening for them to see the support growing in the UK.  With another tour coming up through late August into early September, with a date for us in South Wales @ The Point on September 04th I heartily recommend it to all that can get there, or to any of the other gigs.  I’m sure this fella is going to go into hyperspace sometime so, catch him while you can still see him in a small venue!