How do I review a what was essentially a wake? Tonight was a celebration of the life of Jonny Williams, a send off for someone taken from us so tragically last week.
I knew Jonny as the punk rocker who would happily be a girly mosher with the rest of us when The Dangerfields came to town, or The Cox, or Alien Matter or anyone; so long as they were punk.
So tonight wasn’t like your usual Punk in Drublic free for all orgy of beer, dancing, and meeting old friends. Yes, there was plenty of beer, plenty of dancing and lots of old friends, but the atmosphere was undeniably subdued. How can you celebrate when the person you were celebrating was one of the life and souls of the party?
I had brought my video camera to film Instant Agony and thought I’d capture some footage of the colourful crowd before the bands had begun. My camera was knocked out of my hand, and quite rightly so, it was stupid and insensitive of me to stick it in people’s faces on such an occasion. Maybe the whole night shouldn’t have gone ahead as some had suggested, but it is what Jonny would’ve wanted.

The bands..? I am tempted to write ‘who cares’ – but we live and die for our music. 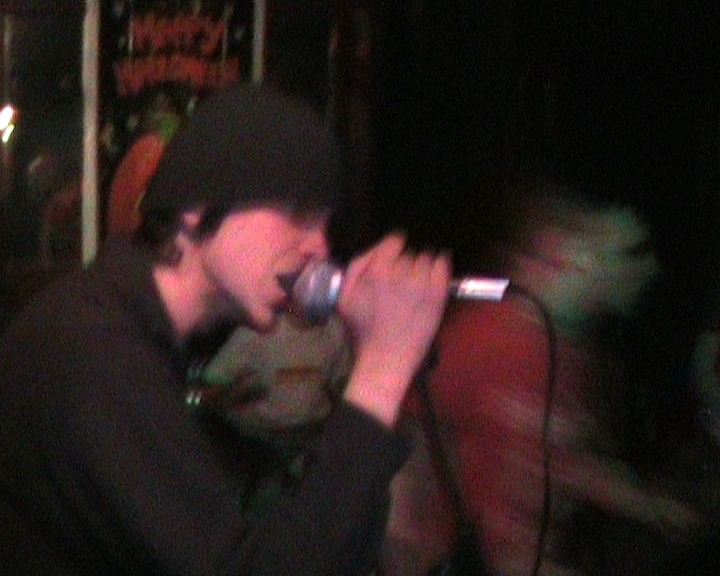 Somehow I’ve managed to miss Sick Dastardlys (great name) under their previous guise as Glen UK (crap name) for the last couple of years. The rest of the Crud Crew on previous sightings reported back an old school punk band with an energetic bassist (pic below), and that is fundamentally what they are! And it was so refreshing to hear some good old punk rock played by a young band. There’s been a bit of a lull in the local scene of late, unless I’ve just been to see the wrong bands, so it was really inspiriting not having to watch some emo-fied band, or some second division metal wannabes. The Sick Dastardlys played proper punk not skate shite, as Steve Sync put it. He also enthused that their bassist, Lee is a ‘fucking star.’ Yes, we may have to duck to avoid the loose bass notes flying around, but a few slips here and there only add to the chaos on stage. 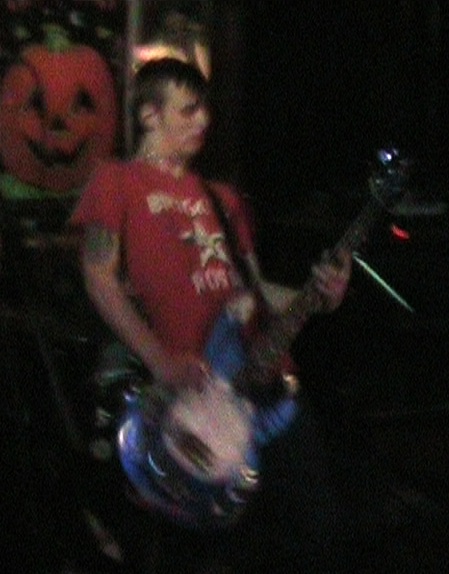 Tonight should have been Dave Cox’s ‘coming out’ night (we’ve known his secret for a long time!!) – it was the first gig he’s arranged since being released from his six month curfew, and it has been a very long six months (long enough for him to grow a double mohican). The Dudley obviously were not ready for the numbers, they ran out of Carling, then Stella, then Guinness, then Newcastle Brown, then Strongbow..!! (Anyone for coffee?) This cocktail of drinks we sank as they ran out led six of us to actually believe you can get a decent curry after midnight in Rhyl, and pay £15 each for the pain and realisation that you can’t.

After the acoustic act (Paul Carter?) – the Brummy punks Drongos For Europe revisit our town to give us an earbashing very much in the mould of the 1980 style stuff that they spawned from. And very good it is too! – I actually sold one of the band a copy of one of their early singles on eBay for £42 (!) – I didn’t introduce myself..!

The set was fast and loud and over too soon – but that’s how it should be, the audience should always be wanting more. ‘This is your wake up call..’ Yes! 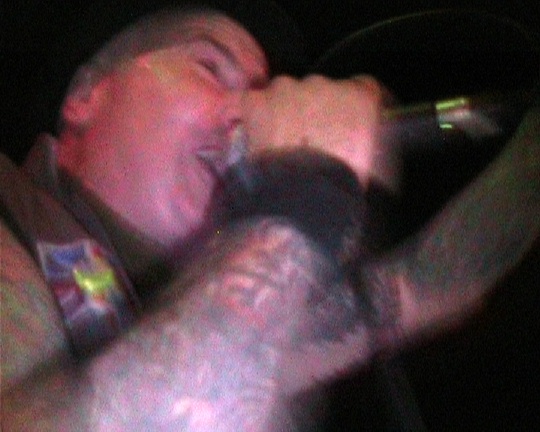 Sync has seen Instant Agony so many times that he knows most of the songs – although they did play a large chunk off the forthcoming new album, and they were even faster and furiouser than the Drongos. Hocky (pic above), sporting a fetching trilby hat delivered the vocals with such anger and gusto that I did have a look backstage to see where the oxygen tank was! Picks of the bunch for me were ‘Think of England’ and ‘Be Afraid’ – which I’ll hopefully have a video of done in the near future.

As Sync slurred on his way out, ‘I’ve been out and got pissed up in a timewarp hidden away by a bridge, long may these nights last. Dave Cox back on form, he’s been missed for the last six months.’

It was such a pity crowd was minus one…