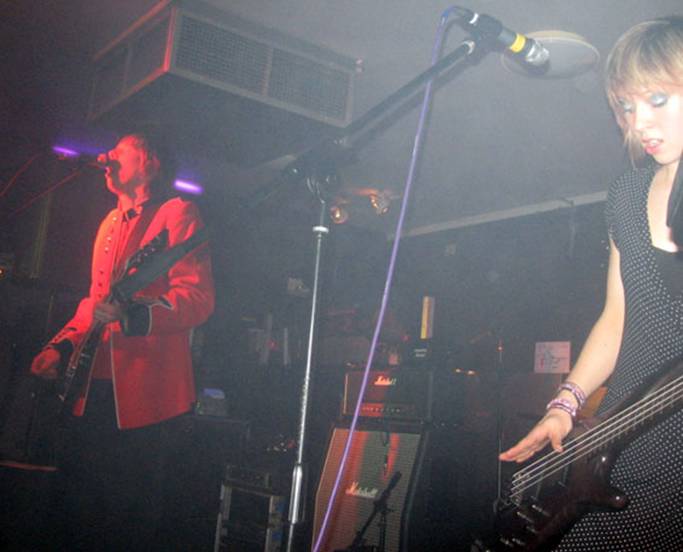 It’s staggering really that I wasn’t staggering by 2am. It was also staggering that I was still out beyond the witching hour. Well, it was a special occasion – The Bitchpups were back in town. Myself and Steve Sync had the following day booked off work – so no 6am starts, no curbing the lager flow and; unfortunately, no cheap taxi home off the Scousemeister.
I tell myself everytime I discard the wrapping after consuming another KFC that it’ll be my last one, but I still go back for more. Maybe becoming a vegetarian would stop all that grease clogging up my arteries, not that I’m about to jump in front of a veal wagon or anything, but are they really animals that we’re fed these days? Pumped so full of chemicals I guess being a battery hen or pig or lamb you spend your short existence completely off your head – I suppose it has its plus points… 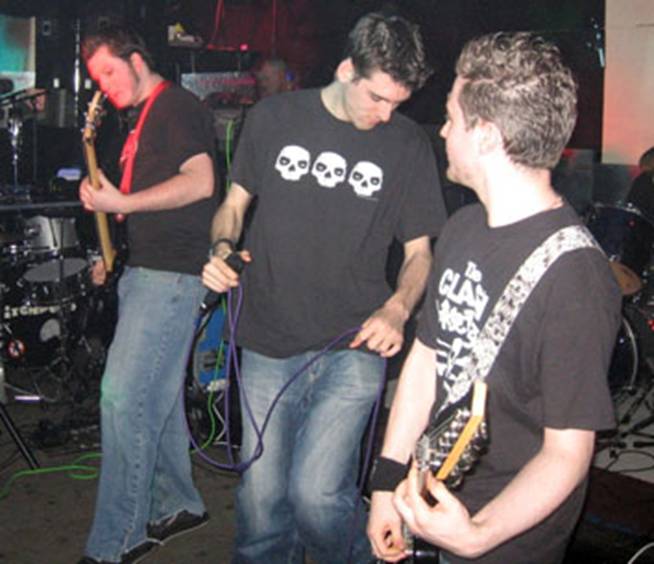 The drug crazed chicken sat uncomfortably in my stomach, calling an uneasy truce with the invading Carling. Andy Fatman joined us late and made every effort to catch up on the gallon Sync and I had sank between us by 9.30pm at this very busy Bar Blu.
Having being warmed up by King Chimera’s frontman on the obligatory post-football acoustic opener, Chester’s A2M fraught us with some punked up numbers – with a couple of covers thrown in. They kind of went over the heads of a watching but not that responsive audience, and even songs about ‘going down on women’ rightfully failed to raise any smiles or eyebrows. It’s amazing that 20 years ago they’d have been run out of town by the dungaree feminist movement. Ten years ago they’d have been cheered by the lager lager lager crew. Today people looked on unaffected. The drummer was solid and the guitarist Pete struck me as someone caged, only being let out once to give us a cool punked up solo. Self confessed microphone monkey Steve, was animated enough to keep my attention at least and there was plenty of banter between the punk rap rock tunes with bassist Marc quipping in at every opportunity. Great to see bands only play for 35 minutes! 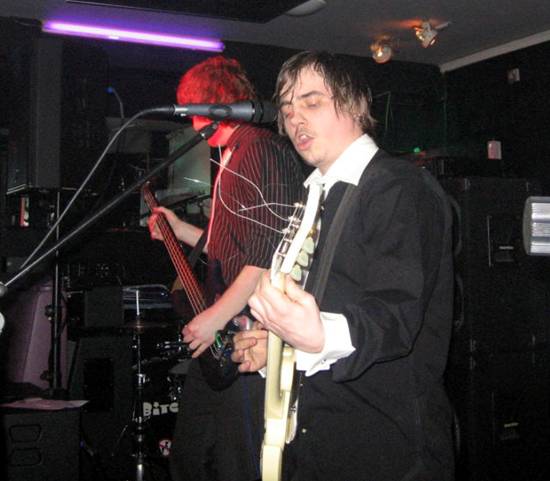 Homespun have been the new kids on the block and now they’ve been around it a few times, and yet are still young (well, compared to me anyway). They worked hard at their sound, their style and are basically a new band, with new songs and new suits. Bar one song was a set hard enough to punch you on the side of the head and kick you in the face before your skull hit the floor. Songs like Eighth Apology, Badman and Dance Hall stand out far better live than on MP3 (and the recordings sound good!). They seem to deliver it live with riffs Fed-X’d directly to your brain and, for the first time, I still have the tunes in my head the next day… Always a good sign (can’t wait to see the video heh heh heh!) 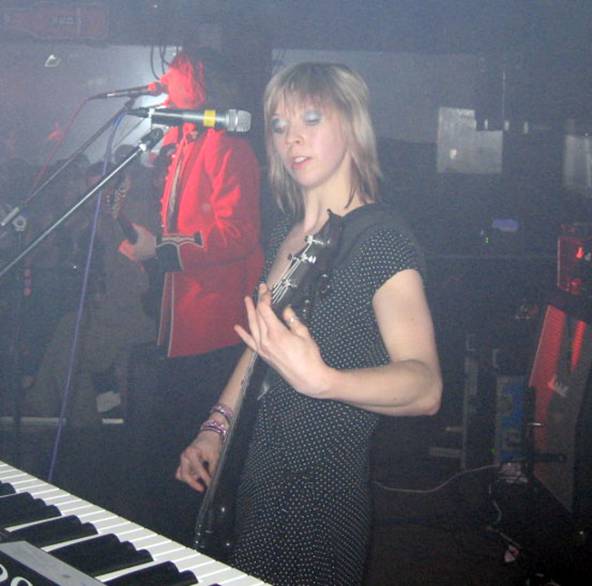 And now the reason I’m still standing in Bar Blu past midnight, still sober(ish) – The Bitchpups – a phenomenon by the fact that they shouldn’t be here! They’re too good for Blu! Later With Joolz Holland, MTV, Glastonbury, MEN Arena is where they should be – and quite possibly where they will be one day. Quirky songs, excellent dynamics and a stage presence that knocks you for six. Their website suggests you come and see them live to witness the chaos, energy and passion from these three siblings. It’s not wrong and the quiet, unassuming Hannah can walk through the venue, unnoticed in a sea of faces and put her bass guitar on and unleash herself with a jaw dropping performance. She is the biz and undoubtedly the envy of any girl who ever thought of picking the guitar. Her brother Matt, all 6’3” of him in a Sgt. Pepper jacket is at ease with his  audience and by the fact he has the backing of his brother and sister. Like Homespun and A2M, the set was short and snappy and also nothing less than top notch stuff.
If you’ve not heard them – check out their website.
If you’ve not seen them – see them, before you’re paying £15 to get into some huge venue to do so.
Their tour van should read – ‘The Bitchpups, going places….’