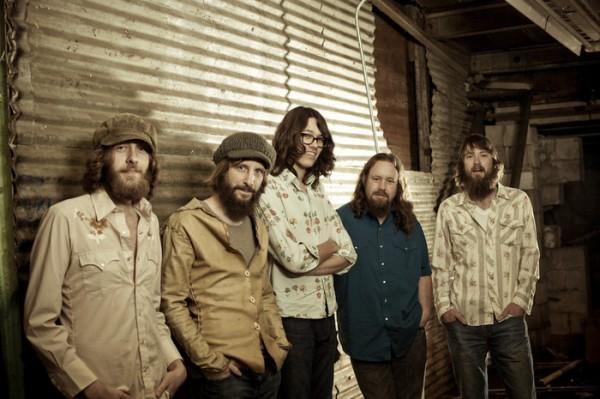 Barfly does the usual of advertising a 7 o’clock opening time, you turn up at half past & it’s not open yet! Not much of a problem as you get to go over the road to the “Rummer Tavern” for a couple of swift brews to start the evening. Incredibly quiet in town tonight, maybe because it’s the first day back to work after a long bank holiday weekend? Rolled into Barfly just before 8.30, in time to see “Christopher Rees” take stage. First time Chris has played in Wales for a while, with recent tours to New Zealand & Canada in the bag. The lone bluesman is obviously keen to get back onstage. Also, tonight being a special gig for him on his birthday (23rd I think) so, lots of his mates turn up to add atmosphere to a fairly quiet Tuesday night Barfly. If you weren’t there you missed a real treat. Chris Rees is a quality singer / songwriter & no mean guitarist. Changing between, Acoustic & Semis throughout the set he has great control over the sound, providing rhythm & harmonics concurrently, to accompany his ever improving vocal. If you are familiar with Chris’s recorded work the vocal improvement between his first & second album is recognisable, a trend that he seem’s to be continuing judging by his live work, will be interesting to hear his next recorded work. Tonight’s set was, a mixed bag of blues & country, all delivered with a great sense of humour, even the most tragic blues are sung with a seeming tongue in cheek. I was familiar with the majority of material played with definitely one new song thrown in for good luck. A relatively short support set eagerly appreciated by tonight’s audience & myself. To end…. I suppose you have figured I like Chris Rees work & wish him all the best on his adventure!

Headliners tonight were the “Deadstring Brothers”. Hailing from the definitely tough town of Detroit, Michigan, & fronted by singer / songwriter Kurt Marshke, who reminded me of a young “Tom Verlaine”, although playing wise the style is much raunchier than Mr Verlaines work. “Deadstring Brothers” are obviously well gigged, hence their set is tight & well performed. Edges of early Rolling Stones, Gram Parsons & Wilco. It’s high-energy stuff. Particularly liked Mashah marjieh’s vocals, a really punchy female girl vocalist who, even though she apologised for her voice going, rattled my eardrums a few times! An entertaining band for the large part although I can’t help thinking there must be hundreds of the like knocking around the bars in the States, maybe I’m doing them an injustice there but not quite original enough to hold my interest for the whole set. Saying that, nothing wrong with this for a Tuesday night at Barfly.