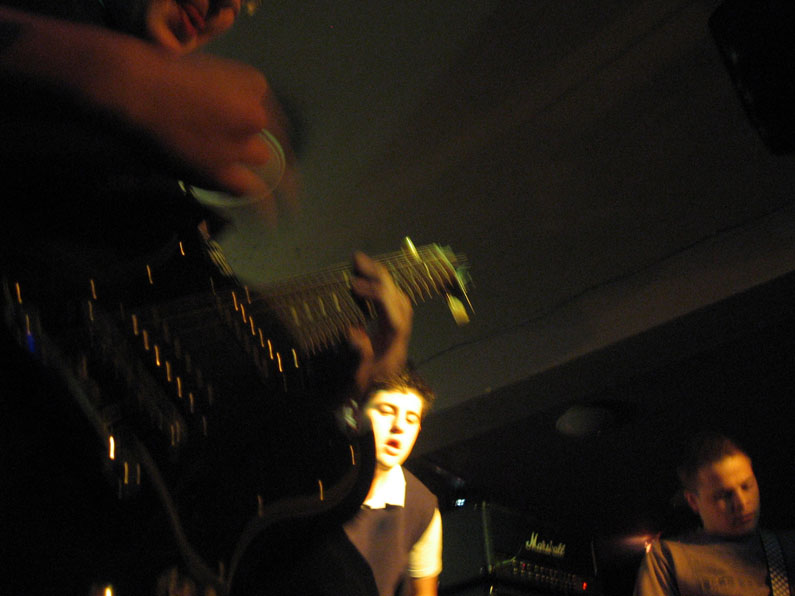 The bands who get to play the bumper summer months in Blu are lucky, they get a ready made audience of music lovers bolstered by the influx of down-term students returning home from their various Universities and colleges. Most of who will be working in Tesco post-graduation (but we’ll all be working for Tesco in the end).
It started off in Wetherspoons with pie and chips; and although I eat fish salads all week, I needed to ensure there was enough substance to soak up the beer, because as much as I like Tony (Bar Blu’s top dog), I spend far too much money over his bar and suffer the dehydrating consequences the following day. Steve Sync on the other hand has a different formula; once he’s had his fill he’ll switch to girly Alco-pops before hitting the JD.
Andy Fatman was suspiciously absent tonight, particularly that his pet loves The Scott Bakers (pic above)were on the bill. MWJ, complete with wandering moustache stood in and we politely endured Sarah and Daniel Johnson’s sibling karaoke acoustic opener (it kept the kids happy).
The Scott Bakers are a punk band, make no bones about it, guitarist Ollie’s lust for ska is kept to a minimum and the set is better for it. I have nothing against ska; in fact I’ve slept with all of Three Minute Warning many times! But the Scott Bakers are better suited to what they’ve developed into – a no nonsense punk band. Fast, furious, loud and raucous, just like mother used to be (!). The fact that Ollie dropped 3 plectrums in one song and had to suck his bleeding fingers speaks volumes to the intensity of their work. Can someone please point them in the direction of a recording studio! 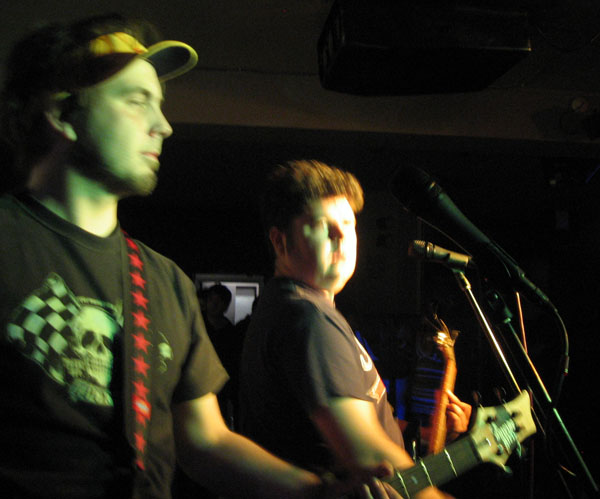 I’m unsure if Baker’s front man Andy Tredd was having a dig or taking the friendly piss when he grunted something about posh bands from the home counties, but I think Second In Line (pic above) thought it was directed at them, as they announced the fact. Ex-Spank FM DJ Val (who’s also Sarah and Daniel’s mum) suggested the lead singer looked like a young Stuart Tong (local celebrity hair dresser!), but the comparisons ended there as the band strummed out song after song. There were brief interruptions as members swapped instruments and invited a guest bassist on occasions but like their predecessors, it was fast and loud; not as angry, but well received just the same. (Nice beard!) You also got a free CD if you did a wibbly wobbly face on camera for them! A kind of ‘put your head between them and go blubble blubble blubble’!! 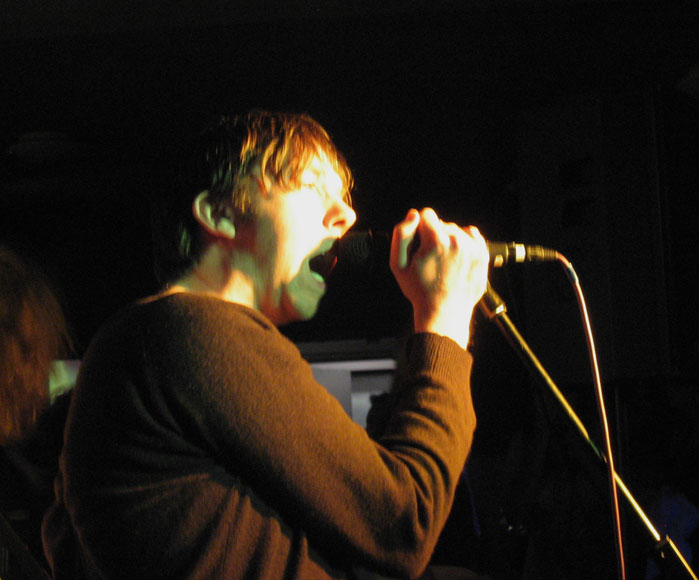 With my ears ringing (I was sat on the PA bass cab, right underneath the speakers) 13 Amp (pic above) returned to our litter strewn shores. I don’t recall seeing them, although they have played in Blu many times before, and I instantly thought of Jives Room, or was it cos I could see their ugly mugs across the venue? No, there were definitely comparisons to be drawn. Do you describe 13 Amp as indie? Rock? Punk? Hard indie? I dunno – but it was very good. They’re a band in tune with one another, well rehearsed with great songs. The singer-songwriter portrays a ‘couldn’t give a fuck’ attitude, he’s there to perform his songs and if you’re watching, then all well and good, or if you’re taking the piss like the four nobheads who’d stumbled in on the wrong night, then that doesn’t matter either. They soon gave up on realising neither band nor audience thought they were funny. Ironically on the longest day of the year it was all over so soon, maybe in 25 minutes, which was good. No encore, just a ringing in my ears and satisfied feeling of seeing some great acts. 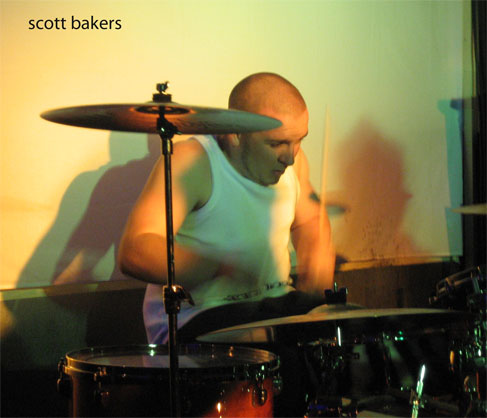