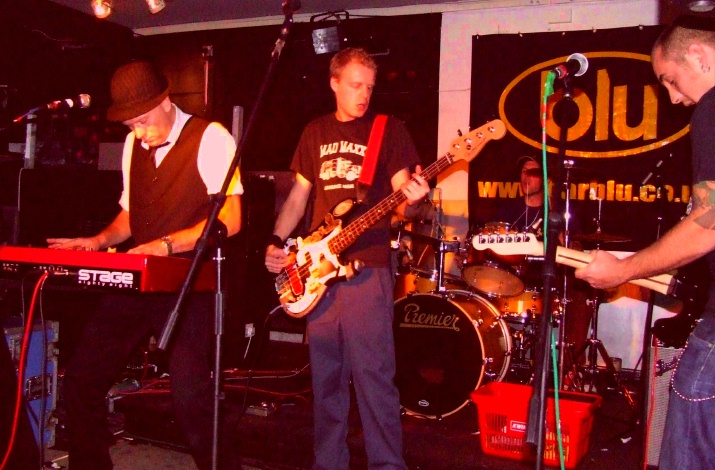 There’s a lot of reasons to be going out to the pub on a Wednesday night if you’re lucky enough to be a Liverpool fan, although a night like tonight is doubly special if 3 Minute Warning are also in town! The Dean and myself were amazingly the only Crud Crew members available to witness 3MW tonight, but we were joined by the largest crowd of gig goers I’ve seen at Blu for months which gave it a great atmosphere to what turned out to be a great gig.

After watching an average performance by Liverpool (0-0 at home to Portsmouth) we went upstairs to watch a far better performance by a very young band from Ireland/Liverpool called The Dead Class who are a three piece that played well written alternative punk pop. I don’t know what it is about some three-piece bands, but some seem to thrive and benefit live from the lack of other instruments getting in the way of the simple effective sound. Villy the guitarist frontman of the group looked very confident and comfortable playing an array of guitar styles whilst being able to wallop out tuneful vocals throughout. Dean mentioned how they reminded him of The Addicts. There was a good onstage relationship between all 3 members watching each other for the more obscure changes in the songs; I also have to mention Jake the bassist’s hair, which has to be almost big enough to rival Rhyl’s very own Mike Peters hair in his heyday. I was handed a copy of their current EP release ‘That All You Got’ on Cuatroku label by their roadie/dad, which has 2 very good songs on it.

I’d been waiting for this gig to come around for months due to the fact that 3MW had to pull out of their last gig in Blu earlier this year, so it had now been over a year since I last saw them play (The Dirty Weekend & Bar Blu respectively Aug 2005). In those two shows, they staked their claim as one of the best live bands in North Wales due to their superb hi-tempo Ska/Punk live set with some very special songs among it, and their coming of age visually with their dancing rude boy keyboardist/vocalist ‘Chuzz’ who has the ability to jog on the spot whilst skanking his organ (ooer!). I’m sure I may have mentioned the style of this band in previous reviews but here it is again – Their image and sound is a blend of (early) Madness meets The Clash with Chuzz dressed in a full black suit with pork pie hat reminiscent of Mike Barson of Madness (see pic) and Billy vocals/guitar reminiscent of the late, great Joe Strummer. The two styles collide giving us the full on energy of a great punk song mixed with the rhythm and movement of Ska. It was great to hear new songs off their Tramps Jackpot album along with old favourites like Faithless and Start. The whole venue appreciated 3MW set keeping everyone dancing from start to finish. They keep on getting better and better every time I see them, and I think it’s now time that they should be moving on to bigger and better things. 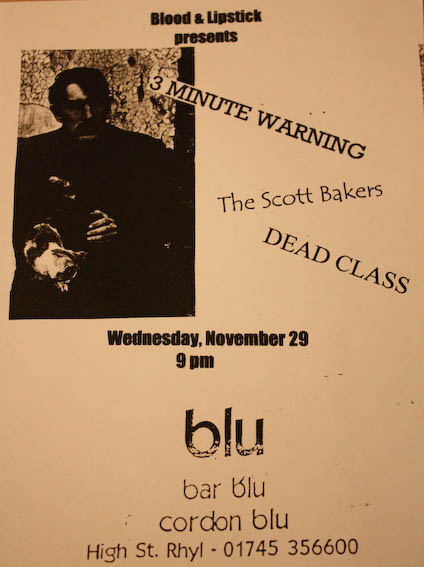