Dominic of Jacobi says, ‘This was probably the real ‘first gig’ as there was a massive turn out of people who could process the concept of a band without a vocalist.’
(pics below thanks to Ann Matthews of Ectogram, who says, ‘Jacobi look like they’re setting up, but they’re actually playing)
Dave McCann (of Micrographia) remembers a drunk who joined Jacobi on stage, ‘Basically he had been heckling them since their first song (you remember Jacobi right? Pretty easy to heckle quiet-loud post rock) and was requesting a few songs (mostly AC/DC as far as I can remember). After a while he decided enough was enough and that he could do a better job on the guitar so (rather smoothly) managed to get hold of one off of their lead guitarist. It lasted about 5 seconds and was PRETTY AWKWARD seeing as there weren’t that many people around at the time.’ 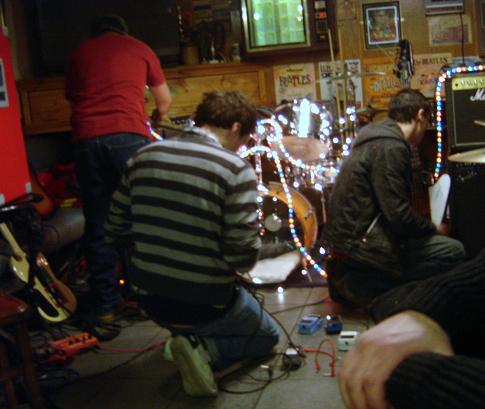 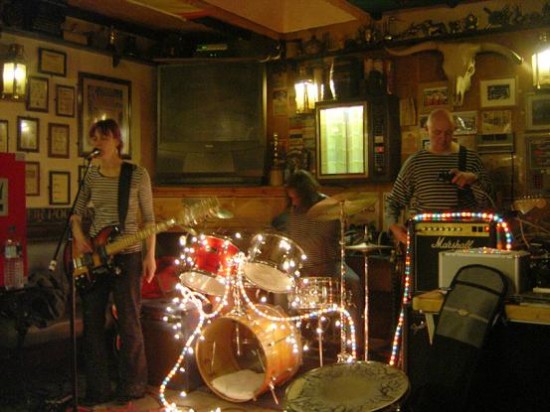 Micrographia pic below – Dave McCann recalls the PA falling over, ‘It was during our [Micrographia] set – we had balanced the speakers on the Skerries’ slippery tables and one of them rattled so much from the drum machine it manages to walk right off the edge. Needless to say everyone concerned found it TERRIFYINGLY SPOOKY!’ 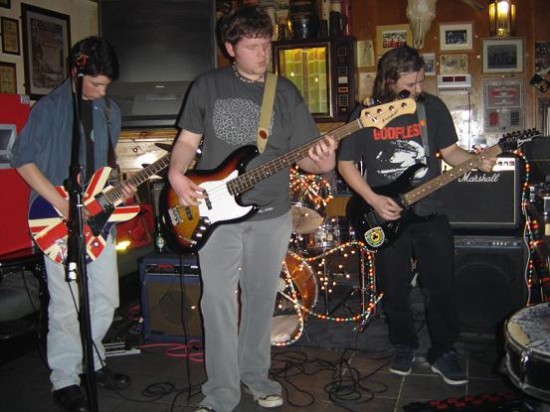