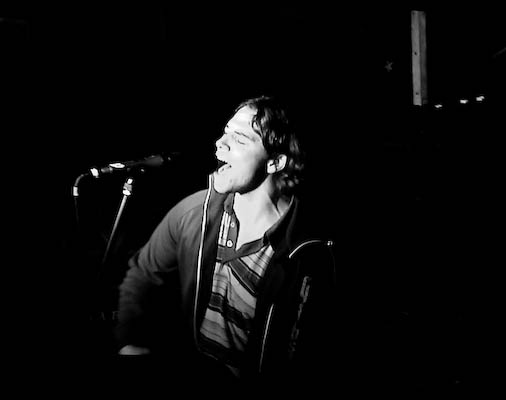 Carl Gintis (pics by neil crud)
This loose line up of bands became a christmas regular in Rhyl, Gintis even played in the town as recently as xmas 2011. 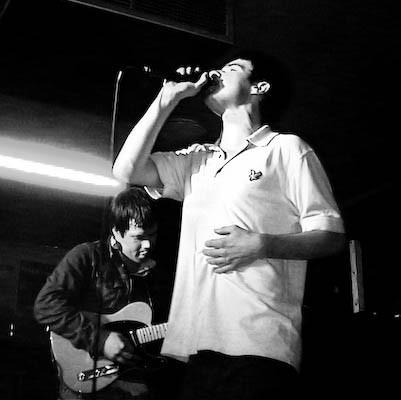 Carl and Remo of Der Bomber. (Carl is now in Secretaire with Joe Gintis) 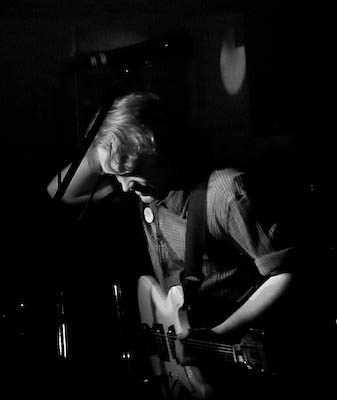