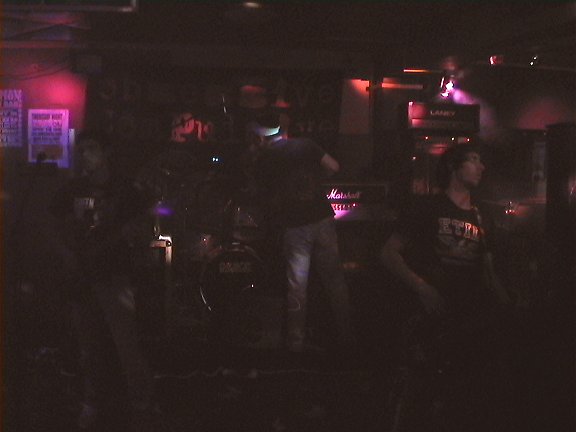 ‘Get back on that fucking stage! This is punk rock, not some fucking boy band!’
Screamed the big skinhead in the crowd as My Turn To Kill’s lead singer, Steve White attempted to make his way through to get patched up having split his head open during the first song.
Having watched the new Don Letts film ‘Punk: An Attitude’ and seeing Sid Vicious cop a full beer can in the face and carry on playing covered in blood, there was no way this young Anglesey upstart was going to be let off lightly with a scratch on his head.
With energy in abundance and a lot to compete with and live up to when sharing the line up with Obsessive Compulsive and Inferno, My Turn To Kill leapt through their short set of blistering punk rock eager to please, and they didn’t disappoint.
There was a muttering of Americanised Punk from the crowd, but I was more of the opinion it was South Walianised Punk, which of course lends its sound from across the pond. Anglesey seems to be on the same wave length as South Wales in the punk respect, whereas the rest of the North Wales coast takes more of an insulated role with a few outside influences trickling in. One thing you have to say is that My Turn To Kill are strides ahead of some of their peers who are attempting to blast out this stuff with two of the guitarists happy to leap into the crowd or onto a table without losing a note. If they concentrated on hammering song after song out rather than stopping to get bandaged up and then continually apologising for bleeding on everyone then we’d have a force to contend with. Look! You didn’t have to say sorry for splitting your head open, it was ace! Make sure you do it every gig! 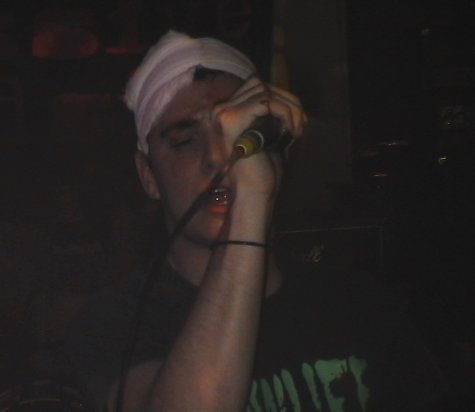