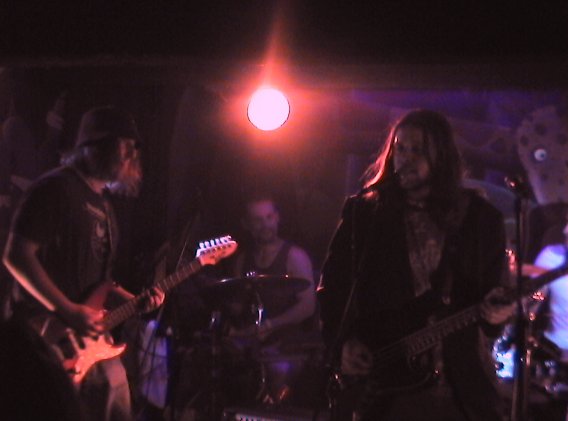 I could leave it at that and those who have seen Khagool play one of the 15 gigs in their short career (including Japan!) would nod in complete agreement. Regular contributor to this site, Guy Salvador saw them the night before in Brixton and sent a saliva filled email to me, drooling over the fact that I would be awestruck.

He was so so right.

To look at them stagger out of their red oversized campervan / tour bus you’d think the Telford’s car park was about to have a Travellers invasion; all that was missing was some unwashed kids on tricycles and a couple of mongrel dogs on strings.

I have been a champion of Khagool all year, from the time they sent me a 3-track demo in February after finding link2wales on the net. I remember eating my breakfast one spring morning and having to stop mid-cornflake as No Use washed over me and swirled around the kitchen.
Three songs, well two actually cos I hardly played The Sittingman, is all I’ve clung onto all through the summer. I endlessly spin them on my online show, on my BBC Radio Wales stand ins and pushed them on Adam Walton (who in turn arranged this gig tonight). 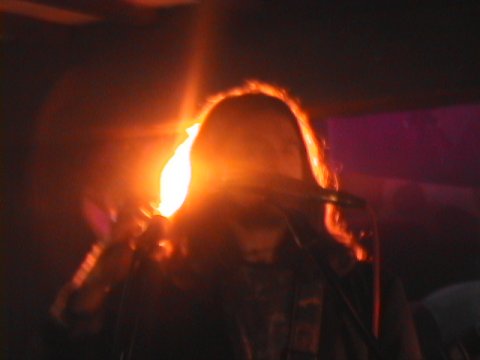 So if I was to rate No Use and Alpha Beta on a 1-10 scale at say Eleven, then there’s two or three numbers in tonight’s set that send the mercury through the roof! They are that good. Good enough to almost out of band management retirement!

Ropey on vocals and guitar in his trenchcoat, doesn’t move much and doesn’t say much, but yet holds your attention with a magnetic charisma. Backed by motley looking crew of two drummers, the court jestering Aaron and the solid Mike. Throw in Stu on bass and Tim on keys as the (almost) normal looking ones then you have the other end of the spectrum with the North Walian representative and spaced out Alun on guitar.

It was over far too soon, which is not a bad thing as I will probably make the long trip to their next show at christmas. Look out for the forthcoming Adam Walton Session on Radio Wales. 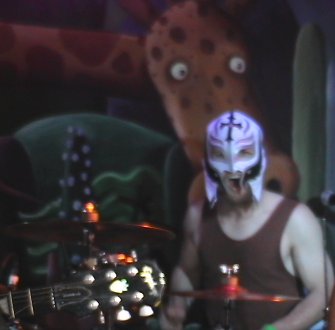