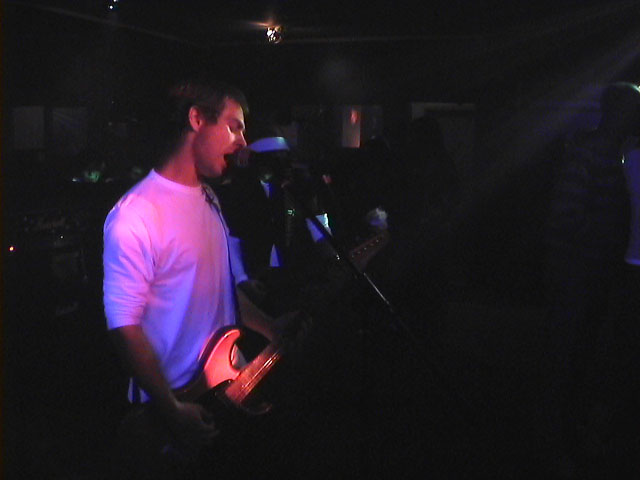 First apologies to Dressed Naked, but it was a choice of saving a tenner in taxi fares or getting a free lift home – the decision was, well, I like you but not ten quid’s worth of like! (Does that make sense?). Sorry. 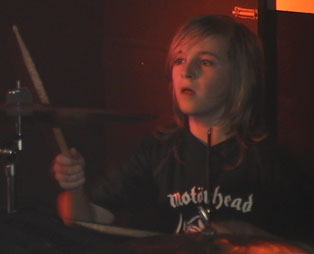 Anyhows – I did get to see the other two and first up was Holyhead’s answer to Hanson, Doa UK (they’re in Wikipedia did you know!). When I read Rastin’s self-grandiose hype in the local rag last week saying the band burst the venue apart at their last appearance, I thought, oh here’s Rastin hyping his own nights up again! (Steve Harley used to write his own reviews for one the national papers). But the buzz around Blu pre-gig was a positive one. Sibling rivalry just doesn’t happen here with big sis Amy Hargreaves leading the band and coming in at a whopping 16-years-old. Now her voice may well sound a little like Fizz off The Tweenies but her bass playing is way beyond her years and can put anyone to shame with a thumping solid sound. I did notice Blindfold’s female bassist tentatively watching Amy’s playing and probably thinking, ‘Oh shit!’ But we’ll come to that in a bit. 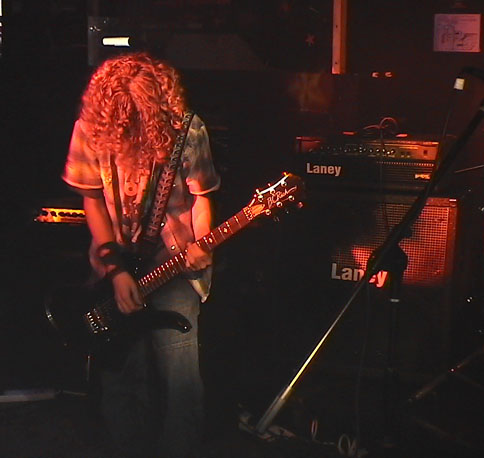 The difficult middle child with ginger hair nomination goes to 15-year-old Tomi Hargreaves, who’s unruly mop makes Kyle Gintis look like a prop for a Timotei advert. Not being able to see through his expanse of hair, Tom had to learn guitar blind, and like his sister, puts anyone stood before him to shame. Its all about practise, practise enough and you can be that good – but it doesn’t suit all bands.

But we’ll come to that in a bit. 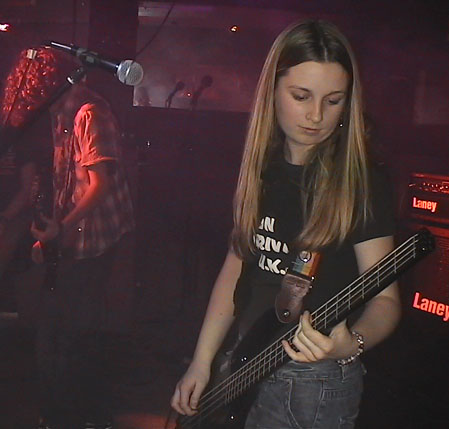 At the back and way past his bedtime is Karl Hargreaves a mere slip of a lad at 13 but not when it comes to drumming. Astute, unafraid and bang on time, every time. ’So when’s the gripe coming Crud?’

Yep, there had to be one… Fucking cover versions!! Too many of them! Keep the Green Day one and keep the rest for parties or encores cos your own stuff (did I only hear 5 originals) is far better. Otherwise, I was very impressed and look forward to hearing some recorded work. 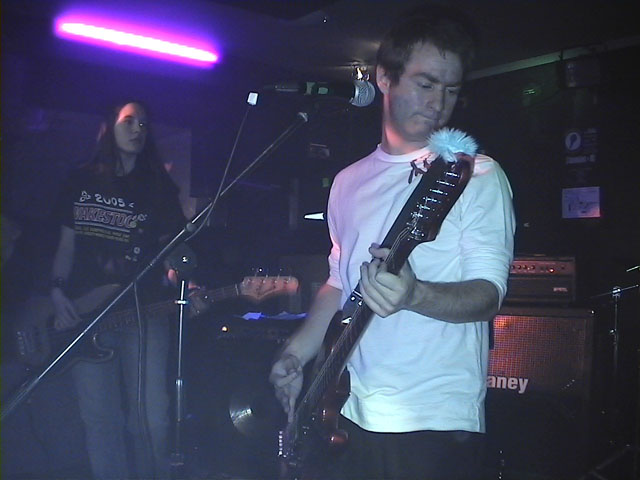 Which brings us onto Blindfold, a band, an offshoot perhaps, formed by Azz, probably frustrated by the lack of activity from his other band Crave (who should be touring the country by now). I saw Blindfold a couple of months ago and they were pretty shit, out of time with a bassist (the one looking on in awe I mentioned earlier) who could hardly hold her plectrum let alone play the instrument.

Tonight, not a lot has changed but something has clicked, I don’t remember the songs, maybe a version of The Passenger but I remember the attitude; it was one of ‘Fuck you – we’re up here and doing it, if you don’t like it then fuck off.’ That same girl bassist (sorry don’t know your name) would be stood there with a fag in her mouth (now that would sound interesting to our American readers!!!) with a female Sid Vicious sneer on her face, before sitting on the floor cross legged (still playing – well, sort of) while someone assists her smoking habit. Blindfold’s musical saving grace is the competent rhythm guitaring from the otherside of the stage where the other girl (more girls in bands please it’s ace!) relentlessly chopped away at the strings. The music wasn’t awfully pretty but was downright entertaining.

The only downside was a distinct lack of punters tonight, with maybe about 60 people present – saving themselves for ‘the big one’ next week no doubt.