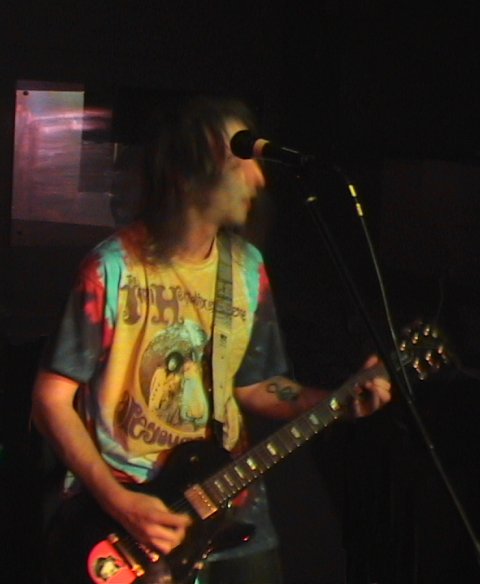 I stopped necking the liquid gold Carling to keep me sober enough to actually remember gigs I was reviewing and to make me almost human for the next day, so the thickness of Guinness should have kept me upright all night. Should!
Of course, watching Rafa’s men take out Juventus led me into a semi(final)-euphoric state and the black stuff flowed as freely as the gold and by midnight I was totally bollocksed and found it hard to remember my name, let alone how good the bands were. 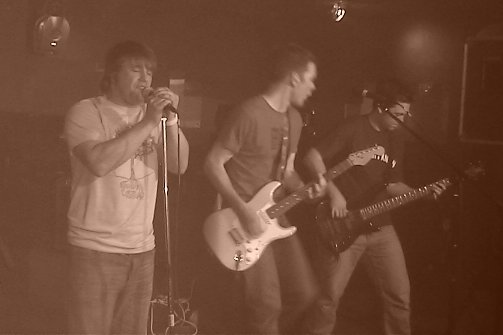 Fortunately for Giant, I had asked Marcus of Valleum to review them and this is what he had to say… (unedited)

from this bridge i gaze with eyes aglazed , they are unkown to me and to you maybe , when did it all start , have they allways been giants , is this Lilliput? no mate its bar blu on a wednesday and its football night im here to save the world , but meanwhile im reviewing the band “giants” , an all male ensemble , two guitars , bass , vocal and an invisible drummer or a drum machine (you choose) the intial imperssion is good , nice stage pressence , appart from the drummer , capable musicianship , and a smile or two which is allways nice , unless its from a hangman , who this evening takes the form of thier cover of a greenday song , i wont name it because i dont know it , and theyshouldnt have played it for the same reasons , the music was fine but the vocals were as passionate as a busdriver on a friday afternoon with piles, that said . this band have potential and lots of it , the singer was good overall , he’d obviousley been blaged last minuite to do the cover. and the songs at times had the some of the energy of early oaiss. But anyway i’m here to save the world …. bye

Marcus should seriously bottle whatever he’s on, he’d make a bomb (or is that bong?).

Even a memoryless mushroom would have a far better memory of Valleum‘s performance than I, but I remarked at how good their new song sounded and I do recall Sync singing another song off their ‘Revenge of The Reluctant Messiah’ album. Of course I was there in body if not soul to sing along to the words ‘and she coloured it in, with her period blood’ – a kiddies fave. 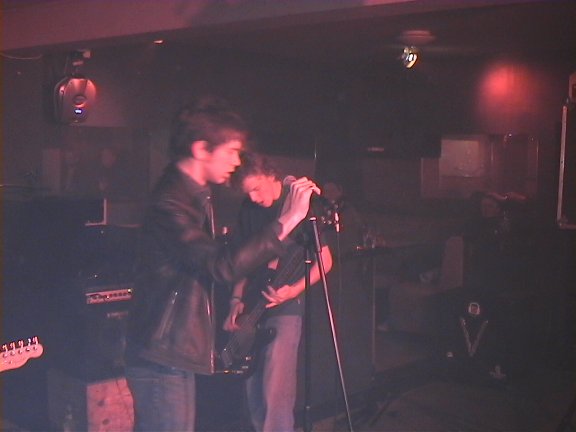 So poor Hyper Traffic won’t get much of a review, but those present, and there was an awful lot here even at this late hour, certainly enjoyed what they saw and heard. The Ian Curtis (Joy Division) comparisons are cheap, but inevitable and I’m sure the front man Adam perfects those moves to match that voice frequently at home. I just hope he doesn’t go the whole hog, because from what I’ve heard already, Hyper Traffic certainly won’t want to be creating a new order when their future is so bright. 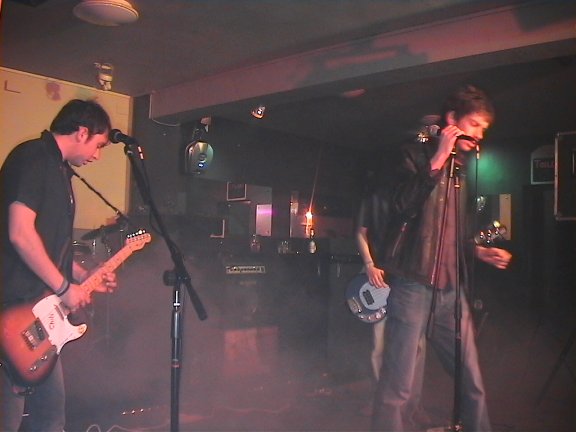