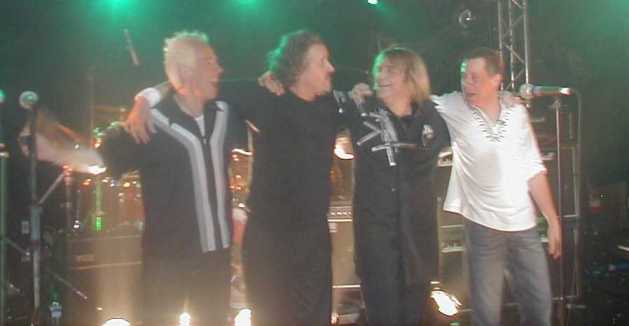 Crud contacted me last Thursday night, he told me, and a few others to send an email to MPO on the chance of gaining priority passes for The Alarm’s One Night Only reunion gig in London. Not thinking much about the consequences of driving to London and back on a Tuesday night, and working the next morning, I happily sent my email expecting not to hear anything back from them. Saturday morning, to my surprise, an email from MPO congratulated me on being one of the lucky people to gain a ticket. Realistically, I had no way or intention of travelling to this event, unless I could scrounge a lift off another lucky ticket winner driving back to North Wales the same night. Step forward Roger Subway, who had also gained a ticket, and was prepared to drive! (This impossible task looked more inviting now). Dave Taxi, who moved from Rhyl to London a few years ago, contacted us with news of his Alarm ticket, (This now seemed not only possible, but also, unmissable).
We arrived in London at 5pm and met Dave who had been outside the venue, counting the 60 Alarm fans who were already queuing in the cold! (Doors were due to open at 7pm). We found a decent place to park near the venue, and headed for something to eat. Half an hour later, when we returned, we found the queue had now doubled, and decided that it might be a good idea to start queuing (MPO had also sent emails out claiming “Only the first 250 people with passes are guaranteed entrance to the venue”) We made our way to the back of the queue, where to our delight, our position was directly outside the open doors of a Snooker Club Bar. After rubbing our hands with glee, and asking a friendly Alarm fan to keep our place in the queue, Dave, Rog and myself entered the warm bar and started drinking what turned out to be two and a half hours worth of Whiskey, Vodka, Lager, and Guinness (Except for Rog, who was ‘Driving’). As time went on, like-minded people in the queue joined us, making quite a party atmosphere inside this lifesaving shelter, compared to queuing in the cold. At around 6.30pm, Limo’s started arriving near the front of the queue, bringing all the members of The Alarm separately 10 minutes apart. Once out of the Limo, Mike Peters made his way down the now 300+ queue shaking hands to a hail of cheers and chanting, when all of a sudden, a comfortably pissed Dave Taxi lurched across a few startled fans, reaching his hand out to greet a surprised Mike Peters shouting “Michael” loudly in a strange voice, much to the amusement of myself and a few others. With all the members of the band now inside the venue, I thought there would be a good chance the doors would open for us now with it being 7.30pm, but we were to wait a further hour before things started moving!

Once inside the venue, we made our way to the bar for more ammunition before making our way to the auditorium. The stage and set was amazing in this tiny venue, with TV cameras everywhere to capture the gig for a showing on VH1 early next year. At 9pm-ish a guy (whose accent resembled one of a 1980’s Radio 1 DJ) introduced the VH1 presenter, who got the packed crowd going and then introduced The Alarm. The band took to the stage and I was literally Alarmed! How aged and different Twist, Eddie and Dave Sharp looked. They then kicked off into their set of – Marching On, Where Were You Hiding, Strength, Sold Me Down The River, 68 Guns, Rain In The Summertime, Rescue Me, and an encore of Blaze Of Glory. The band played and sounded great with only a few very minor mistakes (I expect I was one of very few people here who even noticed) made by members who hadn’t played this stuff for 12 years. There is a magic when these 4 people play these songs together, unique, and one that can’t be recreated by other members replacing them, although the ‘New Alarm’ that Mike Peters tours with, play the same songs and sound fantastic in their own right. They did all seem to enjoy themselves on stage, and it must have brought back great memories for them. I sensed a tension between Mike Peters and Dave Sharp throughout the gig, although I expect old wounds are hard to heal, and I will be very surprised if the band ever reform for anything like this in the future. After the bands final bow, the crowd retired to the bar where various members of the band, and Gaz Top soon came and mingled with the masses. My thoughts turned to food as always, and we left the venue to find the nearest Kebab House and start our journey home. 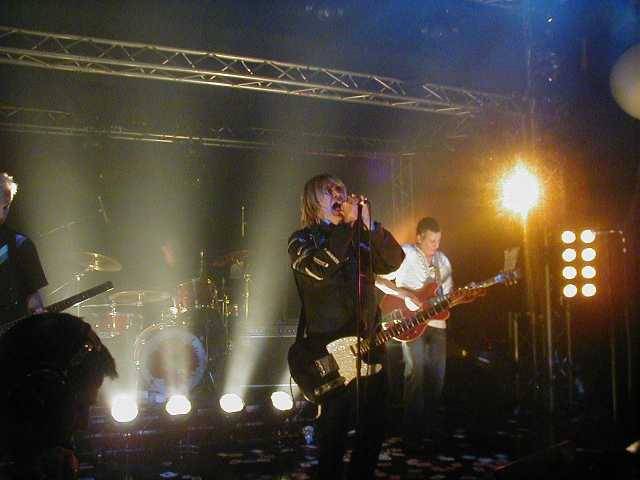 A great night was had by all, and after a 5-hour drive home, due to wrong turns and M1 road works, I managed to crawl into bed at 4am, and as I write this review, I am suffering slightly from lack of sleep last night, but it was well worth sending that email in for.