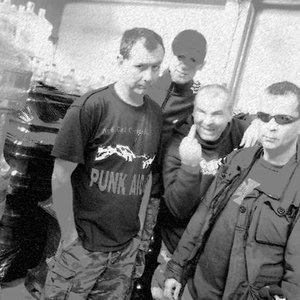 You know those American films like ‘Repo-Man’ & ‘The Lost Boys’ where they have loads of punks in a warehouse throwing a massive party? A band will be playing, there’s fornicating going on, a mosh pit in action with limbs being broken, people slipping on beer & sick stained floors, glasses being smashed & girls crying.
Well that was the Old Hall tonight. Great gig!

Wayne The Bastard & myself broke down in laughter the next day as we discussed the herbs growing in his back garden. The mint smells strong if you rub the leaf with your finger & thumb, the lavender is very hardy & the chives are nice snipped & sprinkled over a salad. After a brief touch upon Basil spores I remarked if, 15 years ago we’d have envisaged this conversation in our wildest dreams; two of the most notorious punks on the North Wales coast discussing the betterment of herb growing!
Thankfully our only saving grace is that we are still very much part of the punk scene, a scene that is now thriving far stronger than it was in our heyday. Whereas most of our age peers now look forward to two weeks on the Algarve once a year to break up their mundane existence of Eastenders 4 times a week & washing the car on a Sunday; we are having our boots vomited on by 19 year old girls in fishnet stockings! Yeah!
The punk scene that was of our younger days was the Underground aftermath of the initial Sex Pistols wave. We were too young to have caught them but we were hit by the shockwave, those hundreds of dodgy 3-chord bands & by the time we were old enough to form bands of our own those awful bands had become New Romantics or bank clerks. So we were stuck in purgatory, flying the flag as we hopelessly pissed into the gale force wind of the decade from 1985 to 1995. The odds were stacked against us, there was no MTV2, no retrospective documentaries & by then the major labels had anally butchered the Indie Charts. So we had to create our own scene; we had our own parties, our own gigs. Alas, without a younger generation to take the reins, we were destined to die as the kids got hooked, first on Acieeed, then the skag of Madchester before Esctasizing their right to Rave on through the late 90s.

This explains the cross section of people at tonight’s & all the other punk shows in the UK. 25% of us are of mid to late 30s, we are the ones who don’t wash our cars on a Sunday, & the remainder are kids from the age of 16 to 20 bracket. The 15-year age gap is explained above, those between 22 and 33 had their brains fried by the trendy scenes of those dark years & now drink in Sports bars & beat their wives. Whereas we carried on & the youngsters on the scene adopted the music & made it their own. Take Six Year Hangover from Colwyn Bay for example, they are playing their music of their day, yet it is our music from our day & it doesn’t sound dated, it’s as fresh as Wayne’s Rosemary plant. Six Year Hangover are very young and have a long way to go, but you could see the older punks goading them to give it some bollocks while they were playing, in a ‘come on my son’ fashion.
W.O.R.M must be good, for I recognised their songs from the gig they played in Clynnog last October & they seem to have been round for ages, hell, the guitarist looked old enough to be my dad! But who cares so long as its loud, fast & raw. There’s no self-congratulationary backslapping going on here, this isn’t about egos or money, this is about fun, & if you need get a message across you can print your lyrics in your CD booklets.
Blackpool’s Sick56 boast a guitarist who has since shorn his massive spiky locks when he plied his trade with One Way System & get down to some very loud (too fucking loud) brutal punk rock business. We swore that 3 of these guys were brothers as they all looked very similar, until Holly pointed out that everyone in Blackpool come from the same gene pool (meet my brother, he’s also my Dad). Add a bassist young enough to be their son & you have a lesson to younger bands as to how it should be done. In fact, Sick56 should be on the curriculum at the Punk Rock High School where they perform to the young pretenders who should then in turn be taking notes as to how to move, how to bait an audience & how to sound. But who am I to tell you or them what to do? I am merely the friend of an illegitimate punk horticulturist. 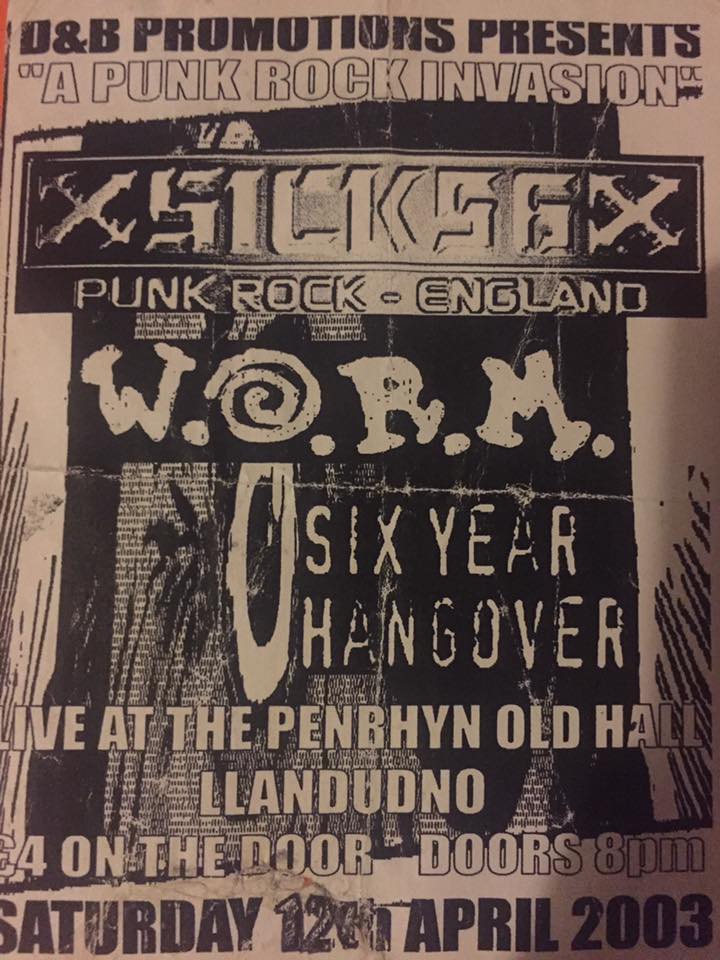