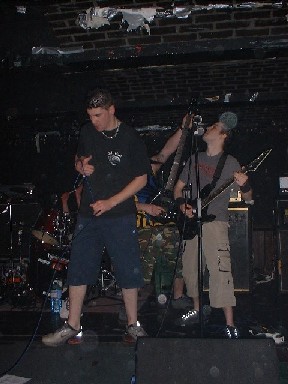 The venue stands like an island of the alternative amongst the spreading gentrification along the canals in the very heart of Birmingham, nestling at the foot of a tower block itself surrounded by hundreds of waterside shoebox mews. While across the road hundreds are getting their mainstream dose at the Indoor Arena courtesy of Travis the dark and dingy back room of this pub is pretty rammed full making for a much more intimate occasion.
After negotiating hidden obstacles in the dark got forward to see Decimate (pic above) who were already up and running as I arrived. Fast heavy hardcore for the most part, with dual guitar riffing flying scale runs that’d make Slayer proud, but also breaking down at times to a slower pounding, not too relentless. Good to see finger plucking bassplayer keeping up with the furious pace. Lead vocals ran through growling to shouty rap of a BioHazard stylee, with excellent melodic backing from one of the guitarists on key lines. Took time to get worthwhile points across with songs such as “Six months for a life” and elicit positive response from crowd 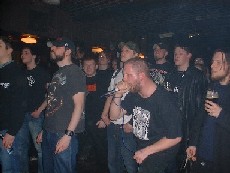 Positioning myself next to the PA speakers for Mistress had plus and minus points. On the plus I was at least reasonably safe (like a wus!) from outbreaks of berserk mosh pit, on the minus I copped a full earful of the howling ferocity of their sludge metal. Chronically distorted bass and guitars with a fearsome screaming frontman who believed in “taking it to the people”, creating his own pit on the floor that none but the bravest/foolish would join, despite his pleasant encouragement. Touching fatherly embrace for a lad who’d split his head open at a previous show (“Now THAT was a good gig”). While most of the set is grinding doomy heaviness, they also spur into fast as fook numbers more resembling crusty death metal. They start a “debate” over which side of the metal river people come from – Mercyful Fate or Manowar (I think Mistress reside in the polluted filth at the bottom), before opting for a Mercyful fate cover with surprisingly good vocal turn and plenty of horn throwing. They also finished with an epic stoner cover corrupted in their own fine style, a more than convincing live performance. 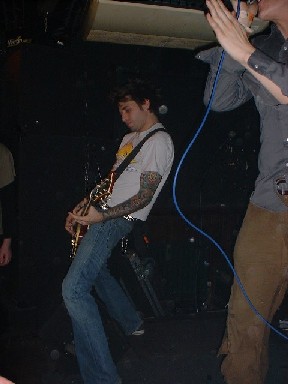 From Virginia, USA, Darkest Hour are kind of hard to pigeonhole both in style and substance and that’s no doubt part of the reason they are such an awesome experience. Their non-descript image and friendly manner between songs is in sharp contrast to the intense, full-blooded onslaught of their songs. Whilst there is again a hardcore punk feel to their music the technical intelligence and emotion that goes into them maybe owes more to Scandinavian death metal. The riffs really do shred with a excellent crunchy guitar sound, coupled with a sharp rhythm section that create beats and breaks that are downright exciting. The vocals are a relentless fast and hoarse shout over the top of it all, lyric meaning lost but forgiven for still contributing to the sum total of the show. The movement from the front musicians is constant (apart from one fixed in a classic “power stance”), swinging back and forwards and weaving in and out, the crowd do their bit too in showing appreciation for a great show, raising a sweat and a smile in this close and happy atmosphere. No encore means the impact is all the better and a good show to remember all round. 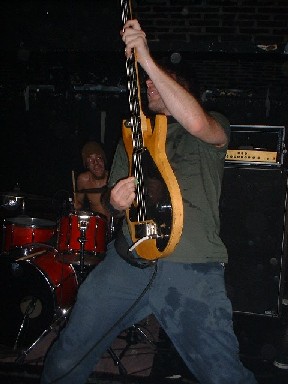 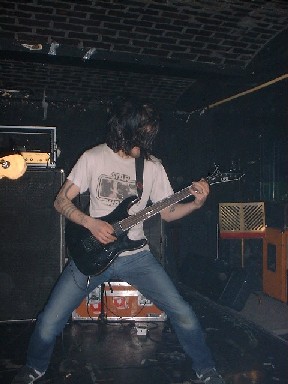