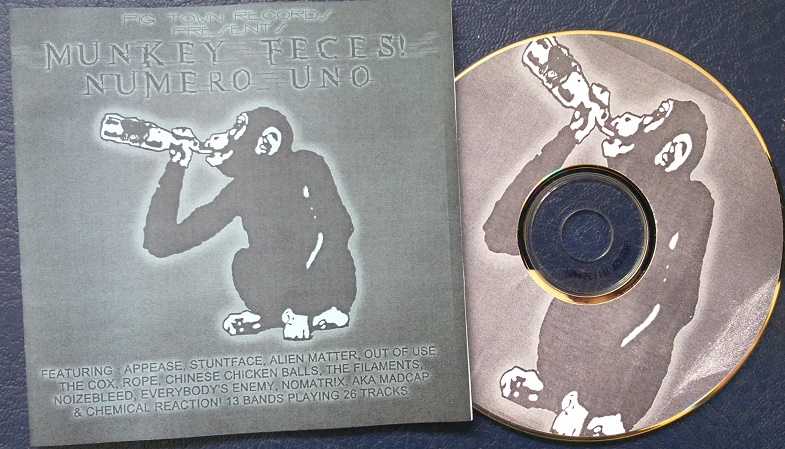 Punk compilation album released by Pigtown Records of Mochdre (nr. Colwyn Bay). The label was run by The Cox and was named after bassist Steve Brute’s hometown of Mochdre (which literally translated means Pig Town). It was the label’s fourth release (Cat.No. PTR4) and came out on 22.01.03.

Whether the spelling of Feces was a mistake or a play on the fact Munkey is also spelt wrong is unknown.

The release was completely DIY, with a photocopied sleeve and a CDr, which was sold at gigs and through punk distribution labels.
Featuring 26 tracks from local punk bands of the era like, The Cox, Alien Matter (Llandudno), Out Of Use (Rhos-On-Sea), Stuntface (Wrexham) and Chinese Chicken Balls (Colwyn Bay). Other bands were those that The Cox networked with from further afield like The Filaments.
It also featured a number of unreleased tracks. 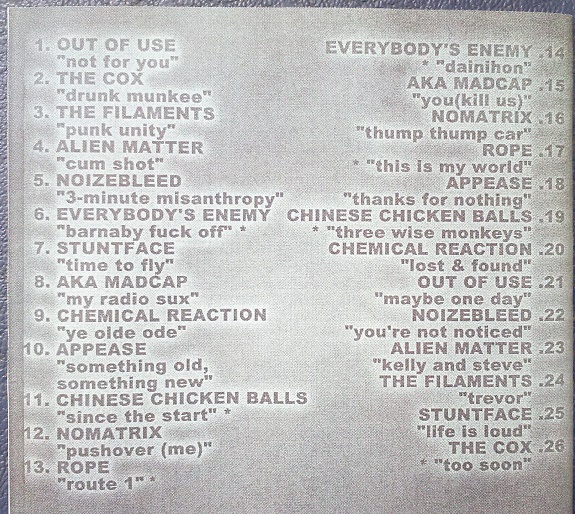 Here’s a track off the album…