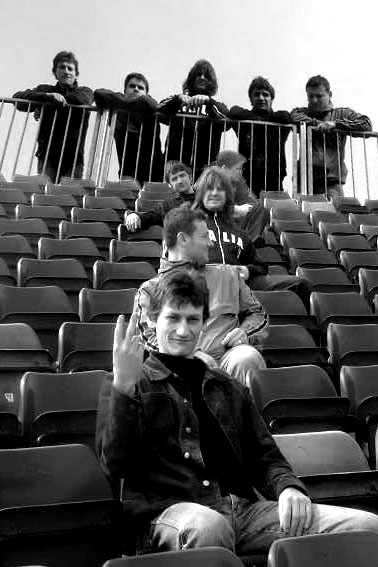 Pocket Venus have parted company with guitarist Steve Jones after he failed to commit himself to the band, leaving a string of dates cancelled & the release of forthcoming single Tell Me Why postponed until 10.02.02. Steve left at the end of October & has been quickly replaced by Gwacamoli guitarist Dyfed Roberts, who has been busily rehearsing with PV. The news was announced amid a buzz of Message Board activity over whether the band had split up.

A full tour is being planned to coincide with the new release date & the band will be playing their first date with Dyfed at the Barfly in Cardiff with Tetra Splendour.

(Pocket Venus pictured at Cardiff Cricket Ground, Steve Jones pictured at the front telling the band to ‘fuck off’)