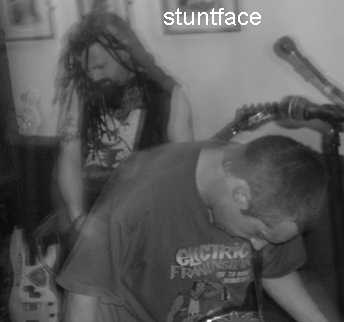 ‘Hey Neil, what did you do on your birthday?’
‘Oh I went for a night out in Llandulas.’
Llandulas; the Seattle of North Wales, the mecca for music! I dragged Wayne The Bastard from the comforts of his modest home with 2.4 DVD players & a dead hamster to sample the delights of the Fairview Inn. Not exactly my beloved All Night Titty Bar, but interesting nevertheless.

Since the demise of the Breeding Ground the local scene has taken time out to lick its wounds & has now poured salt on them & come back screaming. Out with the old & in with the new; there are new players emerging in the scene & things are picking up as they seek out new venues in weird civilisations to boldly go where no punk has gone before (Llandulas!).

My first encounter with this place was to have my trusty motorcycle nicked from outside the British Legion – it was found 2 weeks later at the bottom of a nearby quarry. My second was at the old TT’s nightclub to watch Hungry Touch & be hassled all the way home by a 16 year old Robin Reliant who was trying to convince me he should play guitar with 4Q, I declined his offer, but when I took a summer sabbatical, I returned to find him a member of the band. He was subsequently sacked after about 20 gigs, but we teamed up later to form Sons of Selina; the rest, they say, is history. My third liason with this epicenter called Llandulas was tonight to witness 50 punks crammed into the lounge bar of the Fairview & enjoy the high polished, extremely tight & very accomplished Stuntface. Wrexham’s finest, dare I say, North Wales’ finest thrash punk band product ever. These guys have been around the block, slipped in the dog shit, scraped it off & no doubt wrote a song about it. Link2wales reviewer MWJ turns up to see his old sparring partner playing for Stuntface; he & Ian Maiden swapped spit in Wrexham band Daemonum. The Stuntface CD ‘Can Your Puny Body Survive’ is well worth checking out for a paltry £6, all of which & more was hammered out in the lounge tonight. The request from the pub landlord for a reduction in the use of expletives was greeted with a barrage of abuse; he may as well asked everyone to swear more! 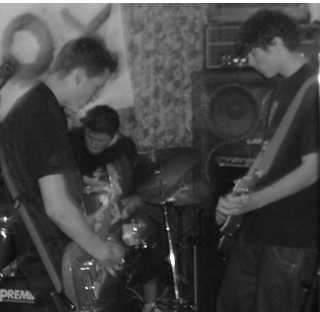 The Cox are playing catch-up to Stuntface, & Six Year Hangover (pic left) are playing ketchup to The Cox.

Tonight was the debut gig for Six Year Hangover, whose singer/guitarist lives next door to Wayne The Bastard. Such a quaint cul-de-sac in Colwyn Bay not only has the original psychobilly crassanarchist with a psychology degree; it also sports the home of the mother of 4Q’s ex-vocalist, Edi Filmstar & now the 16 year old frontman of Six Year Hangover. In years to come there’ll be coach tours round this cul-de-sac for Japanese tourists.

Six Year Hangover’s 1st gig was an evidently nervous one, but this is punk rock (my fave phrase of the season), there are no set rules, no wrongs or rights & thankfully the nazi-anarchists who told us what we could & could not do in the scene have all faded away. Nowadays, if a mohicaned punk guitarist wants to try & charm a girl in the audience in to bed (or at least into the back of the van) then best of luck to him, for he’s not gonna get the Feminist’s Guide To Sexism thrown at him.

I particularly enjoyed 6YH’s last song, those repeated chords at the end twigged the grey matter & their short & very sweet set was well received by the crowd. 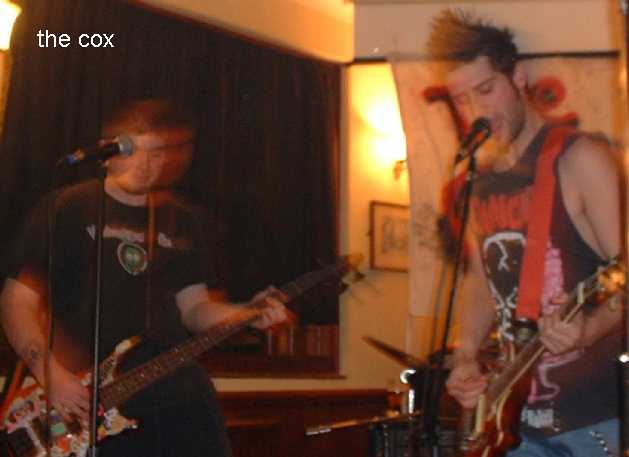 As were The Cox, who are made from the remnants of Floater’s Revenge & in drummer Dave Warburton, they have the making of someone who could play a pivotal & influential role in how the underground scene spans out.

The Cox are messy, under rehearsed (& that’s their CD!) & only 4 gigs into their promising career. They have so many songs that Wayne suggested their set list would’ve been better written on a flip chart. In fact, their songs are so short & punchy that I went for a piss & they’d played another two by the time I’d given it 3 shakes!

In Lee, The Cox have a great frontman who is & looks the part with a guitar slung round his neck & a perfect stance, it’s of no surprise that the electric cut out 4 or 5 times during this onslaught of songs.

Whether the Fairview hosts anymore of these shows & are as well attended remains to be seen, or whether these bands adopt the 4Q ‘scorched earth’ policy of wrecking everywhere they played will be interesting. In 4Q we were rarely able to play the same place twice; ask yourself why!