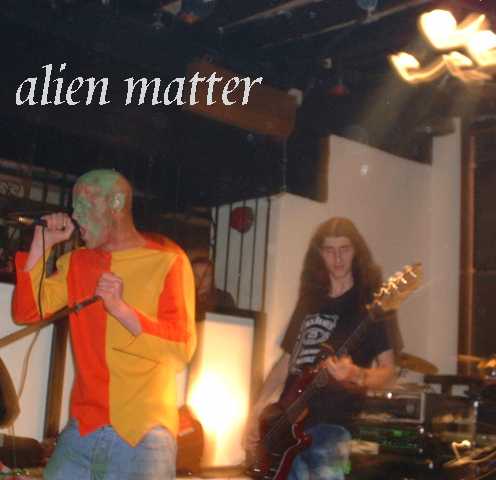 My ears are ringing & my head is banging after being aurally assaulted by Alien Matter. This being the 2nd bi-annual outing of the area’s biggest potential when it comes to full on punk rock, & that’s what tonight was all about – punk rock.

The last time I was at the Old Hall was in 1987 when it was a night club, I was with Satan who was trying to shag his Aunty, she was very nice but also his mother’s sister!
With games for all the family strictly off tonight’s menu, myself, Fatman & Wayne The Bastard prepared ourselves for a little culture.

Alien Matter (main pic) were far too loud, but it didn’t matter to the swelling legion of fans they’re picking up, they were there to soak up the beer, gob, blood & vomit of a breath taking 40 minutes of sheer volume, substance & energy. So it beggars belief why they don’t crawl from under their stones more often if this is the sort of response they get. The excellent Does My Bomb Look Big In This plus Cum Shot, No Knickers, Bad Earth, Lazers were all given a true heart warming cheer from the floor. Like I said, they were far too loud but who gives a toss, it was the right volume for the moment & that moment was captured perfectly. 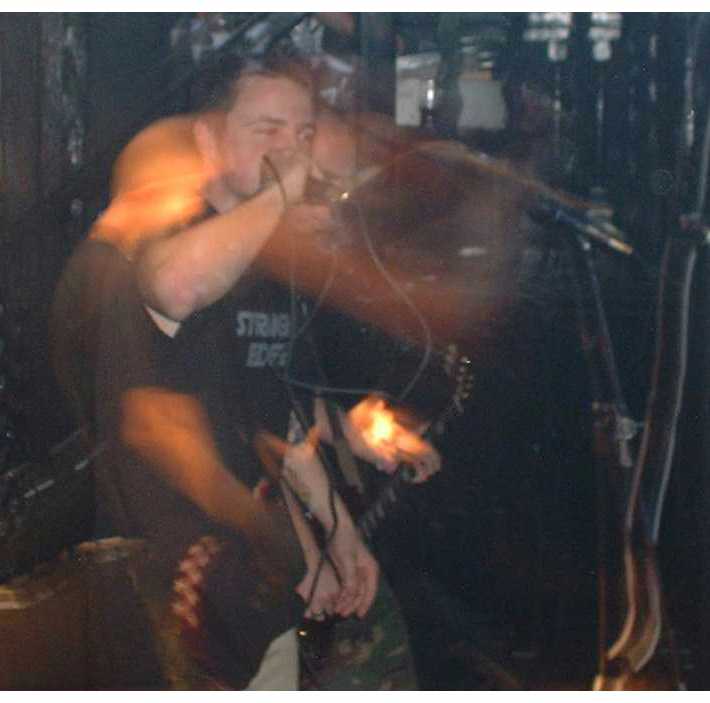 Out Of Use (pic above) from Rhos-on-Vasey say it like it is – Hardcore Punk – for that is what they are, upstarts of a dying breed. When all the other kids their age are trying to imitate the Blink 182’s, Korn’s or whatever else is fashionable these days, Out Of Use say no to compromising, no to pleasing the kids & yes to what they believe in & I tip my hat to them. In fact I’d quite happily curtsy & be their slave for a day if they so wished. A 45 minute set without a song being more than 1½ minutes long leaves you searching for the oxygen. 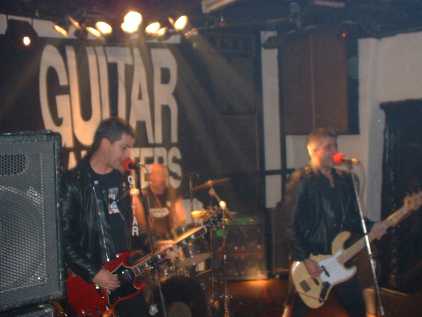 The Guitar Gangsters suffered the local crowd syndrome as the masses began to dwindle, but these veterans (the grey gives it away) know a thing or two about pop-a-long punk rock & taught a few of the youngsters a lesson in how to play it tight. Twenty years they’ve been plying their trade, so they must enjoy it, & so did we.

Round Up Stuntface, The Cox, 6 Year Hangover @ Fairview Inn, Llanddulas