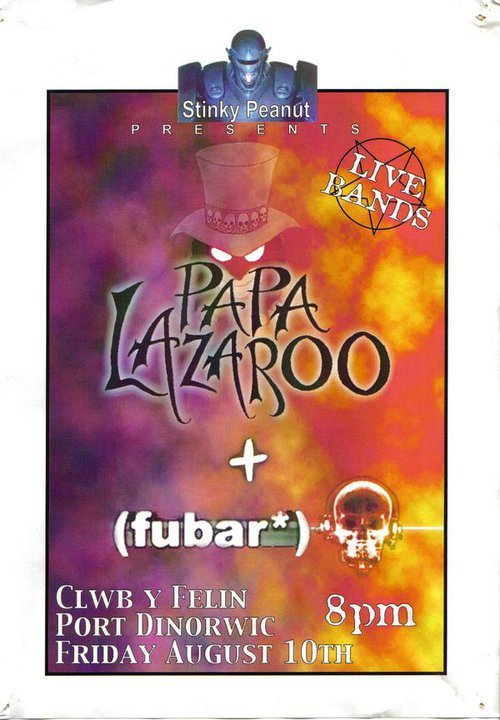 Duncan Black (in Papa Lazaroo) recalls, ‘Lots of hippies dancing. It’s possible that this gig was the one where vocalist Twig walked off stage mid-song with a wireless mic and amplified the sound of himself having a wee whilst we played reggae.’
Dan Alexander (in Fubar) adds, ‘My boss turned up, got pissed and started moshing. That was fun.’
Duncan: ‘Fubar were stupidly popular back then. I was quite jealous of you lot.’