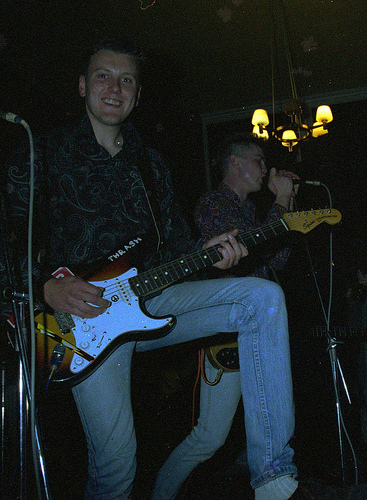 Barry Cawley, former guitarist with Llanrwst post-punks band Y Cyrff has been killed when he was cycling near Betws-y-Coed.
The 37 year old, rose to prominence with Y Cyrff as they plotted their way to Welsh stardom with their Clash-like stance and prolific recorded output.
After the band split up he went behind the scenes and worked with Catatonia for more than 10 years as a roadie.
Catatonia guitarist Mark Roberts said: “Cerys [Matthews] is really distraught. Everyone has treated her like a queen – but not Barry. He treated her like a real person. He would tell her something like: ‘Get your own drink.’ She appreciated that – he kept her feet on the ground.” 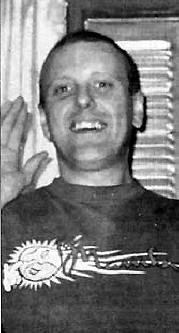 He worked with the band from their days playing tiny clubs until they hit the charts with hits such as Road Rage and Mulder and Scully.

“He went to 16 countries with us last year. He was very talented but just as a ruthlessly ambitious as the rest of us,” said Mark Roberts.
His girlfriend, nurse Meryl Harrison, said: “Barry knew Tom Jones and was close to Cerys – but he would never show off about any of it. He would never brag about what he’s done or who he’d met. It’s awful. We were planning to have children and we were soulmates,” she said.

Mr Cawley will be buried on Monday in his trademark Levi jeans and denim jacket.