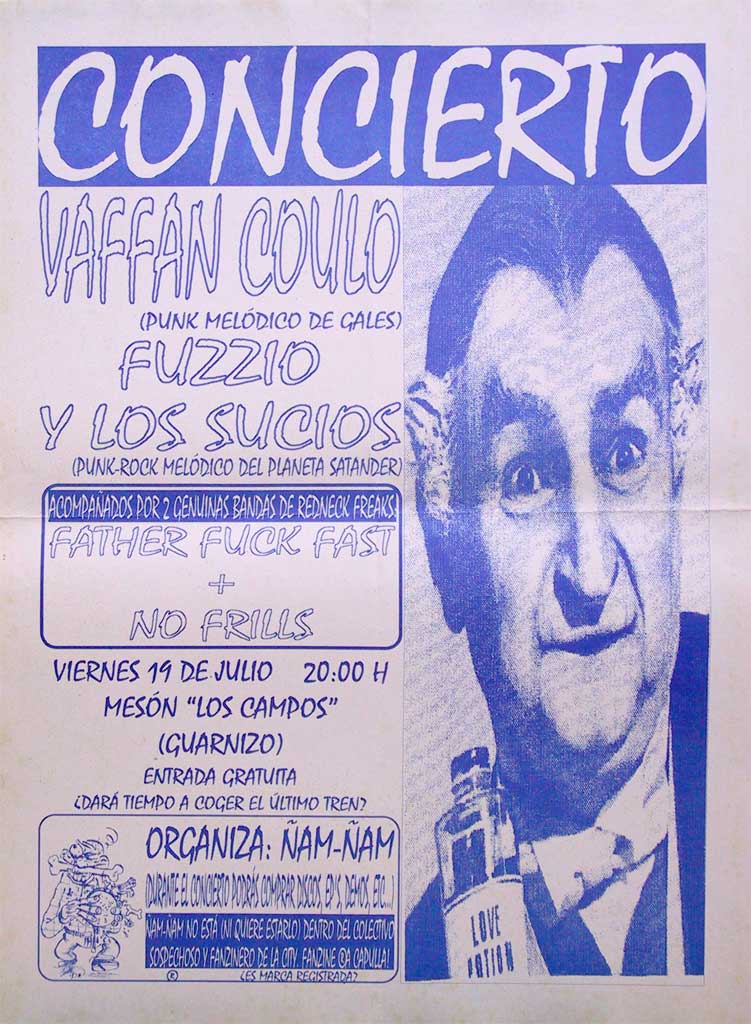 Bangor punk reprobates Vaffan Coulo continue their tour of Spain.
Speaking in 2013, Joe Shooman from the band says, ‘Amazing what’s lurking online innit! This gig ended with our guitarist Bicko strangling himself with a guitar lead, it was a massive noisy mess in a bad, not good, way. Ha-ha-ha. Then we nearly didn’t have anywhere to kip cos the squat locked its doors at 11pm in case the police came.’