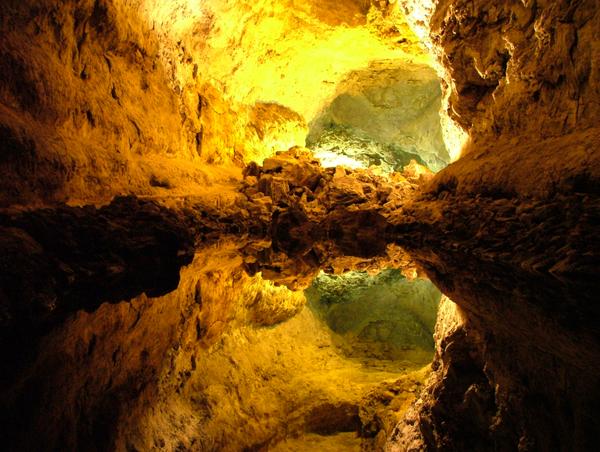 The plane landed in Arrecife and I walked from the airport, it was dusk and I didn’t know where I was going or what I was going to do. All I knew was I had a week here to find work or head to Casablanca in Morroco and travel up to Spain. It felt like I walked and walked for miles along the highway, although it was only a couple at most, despite this short jaunt no one was going to give me a lift as my thumb pleaded with the passing headlights.

Mr and Mrs Smith waited for their luggage to appear on the carousel at the airport, this was their annual holiday abroad, it’s what they worked all year for. They loved Lanzarote, the hire car was ready as usual, the same hotel in Puerto del Carmen was always welcoming – this was their well deserved rest in the sun and has been for years since the kids left home. They sped past me on the way out of the airport as a procession of cars, taxis and coaches took the holidaymakers to their various destinations.
My travels around Europe this year have taught me to think ahead of the game. It’s dark, I want work, where better to sleep than on a building site! On the edge of Arrecife was just the place. I climbed inside a shell of a new house, found a spot that didn’t smell of builder’s piss and took out my trusted sleeping bag for the night, knowing I’d be kicked awake in the morning by someone who was maybe pissed off enough to give me some labouring work.

The Smiths unpacked their suitcases in their hotel room, they had a balcony with a sea view this time, as Mr Smith booked as a surprise for his wife. ‘Isn’t it lovely to be back,’ she announced, as she put on a light cotton blouse and the couple went down to eat at their favourite restaurant.

There was no kick to awaken me, no cement mixer, no vehicles reversing. It turns out today was a Public Holiday. I meandered off the site and into town for breakfast, that I ordered to some strange looks from the waitresses and locals in the cafe. A quick freshen up answered the reason for their inquisitive looks; I always slept with a mosquito net over my face, but last night it must have come off as a glance in the mirror indicated that the side of my face had been chewed in the night.

The beach was the only place the Smiths were going to be, maybe a dip or two in the sea, an ice cream and a bit of light lunch. They would do the same tomorrow and the rest of the week, having done all the touristy spots on previous visits to the island.

On day three I hitch-hiked to one of Lanzarote’s 300 volcanos; most of which have long since contained their anger, leaving only a few to smoulder away, like the Montanas de Fuego, where I spent the day. Sleep the previous night was ok, despite waking up a few times, I slept on the beach and I heard a group of English kids frollicking in the sea a few metres in front of me. I was up at 7.30am, went for breakfast and chuckled at the impression I had left on the beach as the tractor that rakes the sand every morning swerved to avoid my sleeping bag (with me in it!).
As I was in the south of the island I made Playa Blanca my destination, a German tourist joined me on a park bench and ranted about the war, ‘Don’t mention the war!’ Basil Fawlty told me, but this guy, probably in his seventies, was spitting about it!
I decided to part with 2000 pesetas and boarded the ferry for Fuerteventura, the next Canary Island down. I mooched around the delightful port of Caralejo, which was solely geared up for tourism with west Africans peddling their ‘gold’ jewellery and watches.
When all you have to offer as a holiday destination is a sand dune with shops I guess Fuerteventura has to make the most of it.

A couple of beers saw me into the evening, and after darkness fell at the end of these short days I sought shelter for the night. Bed was a fishing boat tied up in the harbour and I took a chance that there’d be no midnight fishing or I could find myself washed up on the Moroccan coast. The sea gently rocked me to sleep…

Meanwhile, back on Lanzarote the Smiths, who were now a lobster shade of red after a few day’s solid sunbathing had gone to the bar; the same one they frequent every year. It’s called The Underground and was ran by an English couple; as were quite a few pubs and restaurants in Puerto del Carmen.
Mrs Smith later explained, ‘We always go there as it reminds us of our local pub.’
There’s even a photograph of them on the wall behind the bar from a previous holiday.

Awake and fresh and still in Fuerteventura I took a walk around the dusty roads and alleyways. Uninspired by the oversized sand dune and the constant haranging by street sellers I headed back to Lanzarote. It was mid-morning and with my boot laces tied together and slung over my shoulder I let the warm sand envelope my bare feet as I walked along the beach back in Puerto del Carmen. Just by chance, I bumped into the Smiths, simmering in the heat, Mrs Smith was topless and, for a beached whale, was still quite a sight to behold, ‘Oh hello love, are you enjoying your holiday? We’re having a great time. Isn’t the weather lovely?’
I said ‘yes’ at the appropriate places and excused myself with the line ‘I’m meeting a friend.’

I decided to play the tourist game and lay in the sun for the day, keeping one eye open to enjoy the breast taking views on the beach. My tiresome torso took a wash in the chilling sea and later I again accidentally met the Smiths in The Underground. As far as conversations go, this could’ve been a pub anywhere in Britain.
My watch told me it was past midnight and having put the world to rights I bid them goodbye. Mrs Smith asked where my hotel was, I told her it was in the old part of town, although I was carrying my rucksack everywhere with me. Bed was the beach.

After drying out my sleeping bag, ridding it of the morning dew, I headed bright and early to the Los Verdes Cave in the north, which was formed by a volcanic explosion. Beautiful in parts and quite eerie in others, but worth seeing all the same. As it was nearly christmas I thought I’d hitch to La Santa on the north west coast, I got caught in a deluge of wonderful wet rain on the way, and I sheltered under a fig tree, managing to find a fresh fig to eat while I let the shower pass. A jeep turned up, a father and son inside, the kid pointed to the rear and jumped aboard, they didn’t speak English and my Spanish was non-existent, but I realised I wasn’t heading to La Santa, and instead jumped out in Haria. This was a completely different world to the touristic money grabbing world of Arrecife and Puerto. I feel so much more relaxed amongst people I can’t linguistically understand, maybe it’s a throwback to my childhood days when I was a pupil at Nantglyn junior school, it was all-Welsh and I couldn’t speak it at all, and no effort was made to help me learn it in the four years I was there. My command of Welsh bettered in my late teens when I discovered the punk band Anhrefn.

Meanwhile, Mrs Smith held a camera up to her right eye and beckoned her husband to look natural. Mr Smith obliged by scratching the back of his neck and looking out to sea. The lens shutter clicked, they smiled at each other and walked arm in arm for the sixth and final day on the beach. What a lovely holiday they’d had; just like last year, and the year before.
On the plane back to Manchester she enquired, ‘I wonder what happened to that nice young man we met, you know, the scruffy one?’
Mr Smith mumbled accordingly and turned the page of his newspaper.