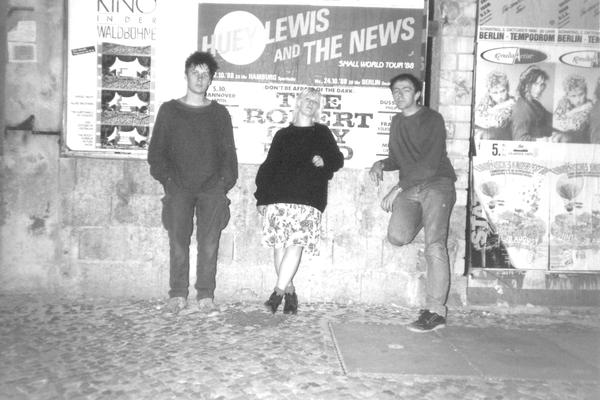 It was to be another two years before Fflaps were invited to record another session, by which time John Peel had decided he didn’t really like their new material very much (it was producer John Walters that offered them the session). Between the two sessions, the group had toured extensively around the UK and Europe and had become a finely honed and razor sharp crack unit. Even the repeat presence of Dale Griffin was unable to derail them this time, and the group were relaxed enough to spend much of the day hanging out with The Wee Papa Girl Rappers who were recording a session next door.

In typically contrary fashion, apart from a cursory run through the title track, the group chose to ignore their newly released second album ‘Malltod’ in favour of previewing three new songs which were not to be officially released until February 1992.