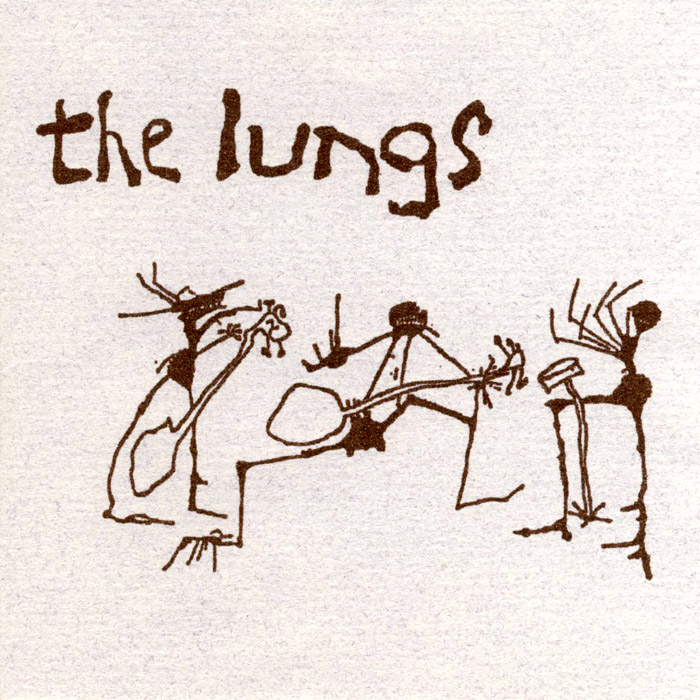 (from Turquoise Coal website) – The only official Lungs release during their lifetime was a calendar, entitled “Bloody Hell! it’s 1988” which featured 366 reasons for a party, together with 12 portraits of the group. They appeared on two compilation cassettes, Central Slate’s “Burning Down The Chapels” and one put out by the late Welsh studio wizard Les Morrison, and had a retrospective “best of” entitled “Bloody Hell! it’s The Lungs” released some years later on Central Slate Records, originally as a 9 track cassette and later as an expanded CD reissue featuring 20 tracks. 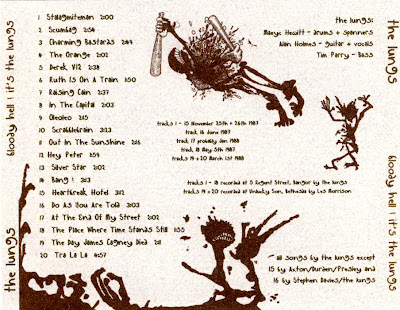 It is the CD version that we feature here, containing as it does, virtually the entire repertoire of the group, except for a handful of covers that the group would sprinkle into their live sets. These included The Modern Lovers’ “She Cracked” and “Old World”, The Fall’s “Rebellious Jukebox” and “Totally Wired”, Nico’s “Janitor of Lunacy”, Third Spain’s “Better Myself” and The Saints’ “This Perfect Day”. Versions of some of these songs may well appear in a future post covering The Lungs’ live recordings.