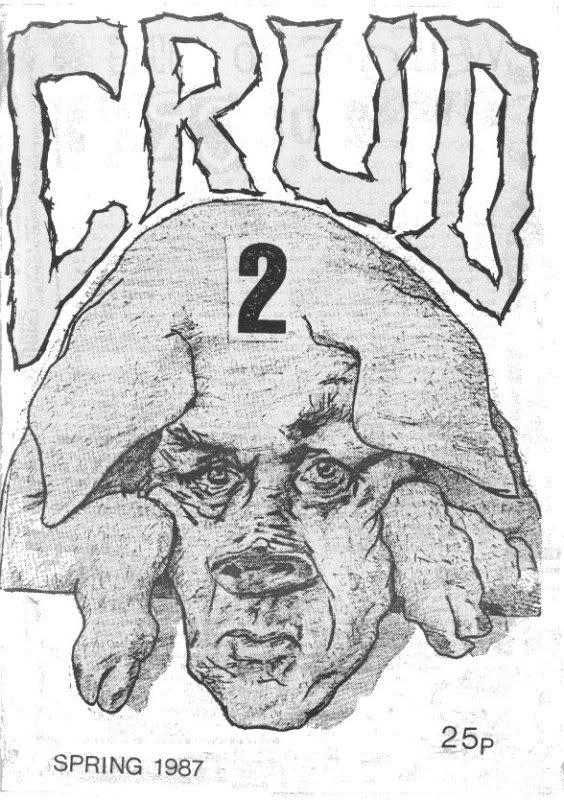 With the Crud fanzine being launched at the onset of 1987 Wayne TB and Neil Crud invested in a typewriter and edited the follow up issue ourselves with artistic contributions from Glossop based Jill The Ripper. Feeling a little more confident they printed 1000 copies and sold it through record shops in North Wales and Manchester.
The Manchester Evening News called it a ‘little boy’s pamphlet about willies and bottoms.’

It featured an interview with Chumbawamba and gig reviews and anarchistic articles.