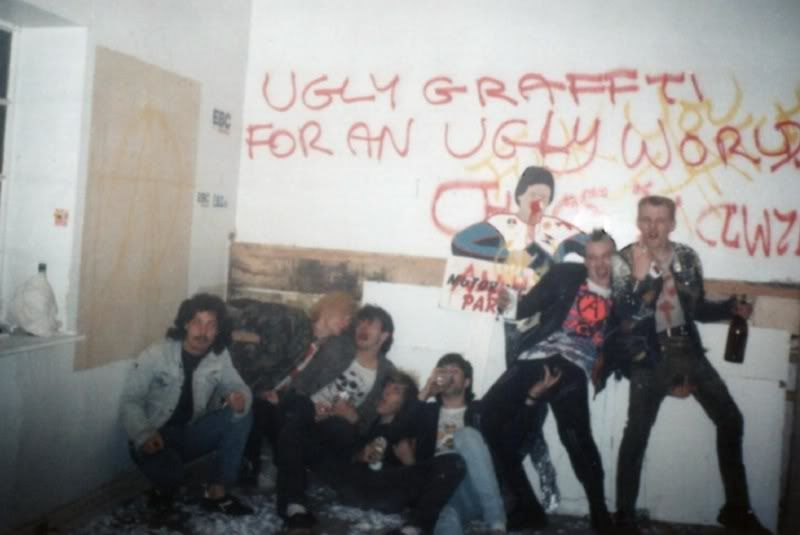 Colwyn Borough Council of the mid-eighties had this vision of creating another Llandudno, a retirement paradise where doddering old couples and widows could smell of piss by the seaside as they dribbled into their cups of tea. The cinema closed down, planning permission was granted to turn it into flats for the elderly. The Metropole nightclub closed its doors one last time, it was to become flats for the elderly, a huge monstrosity of a building sprang up close to the promenade; dubbed ‘Colditz’ by the locals, it was to be, yes, you’ve guessed it… Flats for the elderly.

Local journalist Arfon Griffiths used the term Costa Geriatrica to describe what was happening to his town and how fitting it turned out to be. The mistake the council were making in my opinion was they were trying encourage an influx of rich senior citizens into the town and discourage the younger generation from staying. Who was going to empty the overflowing commodes or change the dirty sheets? The town had little to offer a bunch of dirty punks so we would invariably create our own entertainment; not quite like the Famous Five, although their lashings of ginger beer was emulated with cans of Carling Black Label.

We decided to have another one of our outdoor parties, which is basically a ghetto blaster provided by Uncle Bowler, loads of cans, a tennis ball and a baseball bat. So it was off down to Safeways underground car park [now Morrissons] and the scene was reminiscent of those wild punk parties you’d see on American films (ie The Lost Boys, Repo Man), we had the Circle Jerks, Dead Kennedys, The Damned at maximum volume. This time the party was brought to an abrupt end when PC Plod gatecrashed, so after a bit of abuse and Wayne taking photos of everyone posing with the copper we moved on to find somewhere else.

It was agreed that the disused shops next to the cinema would be good idea and the eight of us crawled through the hole in the back door and had a punk disco. There used to be an old motorcycle shop here and we made liberal use of the discarded tins of spray paint. Wayne scrawled “Ugly graffiti for an ugly world” in blood red letters across the wall. Before we knew it there was a black mariah van, two cop cars, an Alsation and about fifteen coppers outside ready to charge. Then Edi stuck his head out of the window saw his old sparring partner PC Skinner and yelled at him,
‘Fuck off because we’re squatting.’

Edi promptly sprayed “Legal Squat” in the window. So the police couldn’t legally do anything, The following morning Wayne went to work and covertly photocopied the squat notice which was put it the windows of the old building.
As the previous night wore on most of the party goers filtered off home, as did the police, leaving Edi and Bowler, the last two remaining ‘squatters’. They too left the next day and an eviction order was pasted on the door as the owners wanted everyone out because the flats were due for demolition. 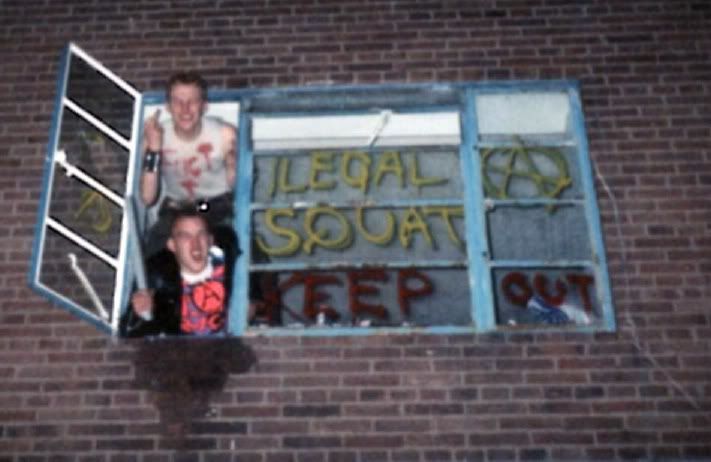