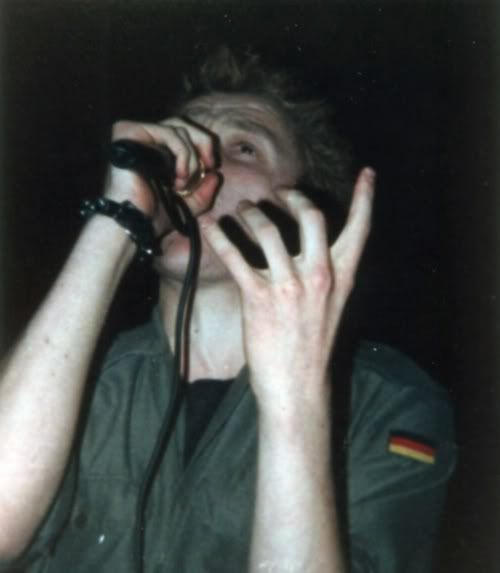 It’s difficult to describe 4Q live; the chaos, the antics etc. Musically we were absolutely shite in the early days, and I mean dreadful, but the banter was superb.
I’ve taken a transcript from the tape of this gig, which is the exchanges that goes on between songs:

(4Q mount the stage)
CROWD: ‘Get that bastard off the stage.’
WAYNE: ‘Fuck off’
NEIL:’ Will someone turn my microphone on please?’
CROWD:’ It’s on you soft cunt / C’mon Wayne.’
WAYNE: ‘Fuck off’
EDI: ‘This one’s err…this one’s dedicated to that motherfucker over there it’s called….’
NEIL: ‘Hang on.’
WAYNE: ‘Are you ready?’
CROWD: ‘No he’s not / C’mon you dickhead.’
EDI:[shouting] ‘Fuck you motherfucker’
NEIL: ‘Come on then knobheads’ [Neil starts playing when a string on his guitar snaps] ‘I’ve bust a twatty string.’
CROWD: ‘You’re all a load of shit.’
EDI: ‘Huw Prestatyn is a wanker’
CROWD: ‘Sheep shaggers.’
And this kind of abuse was continuous along with beer & saliva flying both ways. Forget the music tonight was simply about anarchy & fun… 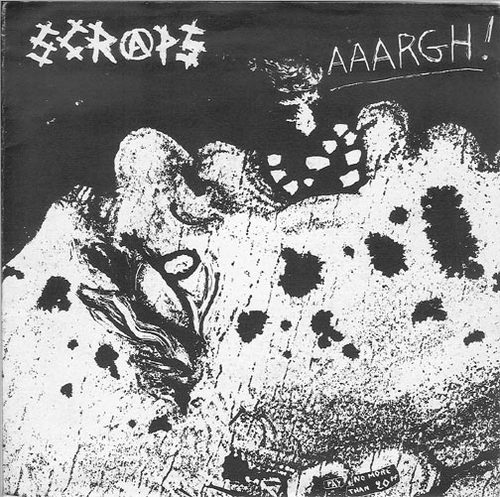 The Scraps finished off everyone’s 50p’s worth of entertainment with an incredible performance. The crowd dragged Charange, the singer onto the dancefloor & piled on top of him, then did the same with Gropper & Mo (the guitarist & bassist) before the drummer, Crasseaux jumped in. People were even diving off the PA speakers, all this in the backroom of a pub!

…punk was always about rebellion with brains, and 4Q, the next band on the bill got it half right. Uncompromising & loud, they were also totally predictable, thereby ensuring that their message which, behind the barrage of expletives was probably quite relevant, was going to be heard by the unconverted. It’s not enough for a band just to be outrageous- they need a strong set of songs if they are ever to rise above local hero status & should get their act together accordingly…it’s up to the like of 4Q and The Scraps to get it together if a 2nd new wave is going to flush out the vacuous pre-packaged product that is currently cluttering up pop’s system. STEVE RASTIN AUG’97