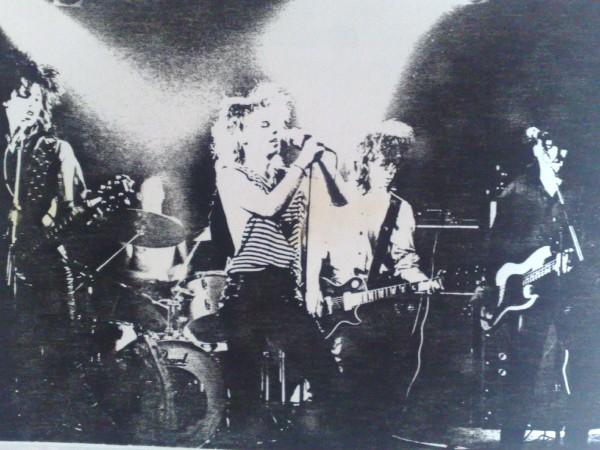 Psychobilly hard men The Meteors played The Dixieland in Colwyn Bay and Mercenary Skank provided the support and brought along their huge road sign stage prop, Graham Bevins (of M.Skank) takes up the story, ‘We nicked it on the way back from a gig in Anglesey I recall. Scratch [vocalist] threw it into the audience and the promoter did his nut about it afterwards.’

Steve Rastin recalls the band being threatened at that gig by someone with a sawn off shotgun, but Graham correctly remembered, ‘A few Meteors fans had been following them around and were causing some trouble outside after the gig. We [Mercenary Skank] were packing our gear away when two of the Meteors burst out of the dressing room, one with a sawn off shotgun and the other with a Teflon coated baseball bat; they went to “sort” them out.  When they came back we were chatting with them about it. They never threatened us, they did ask us to carry on the tour with them but after that incident we declined. The guy with the baseball bat, I think it was the bassist, was proud of it and commented on the reason for it being Teflon coated was that the blood wiped off with no traces. What a nice guy!