Terminal – Am I Doing It Right 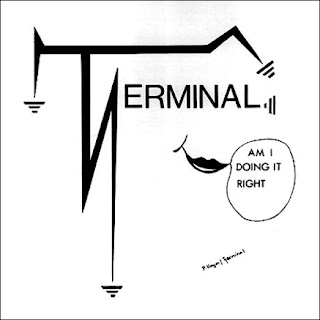 (from LowDown Kids)
‘This follow up single to 1980’s Hold On comes in a triple-fold cardboard p/s, with lyrics and a band photo and everything. It’s a fine example of what ‘we’ here at LDK like to call ‘widescreen powerpop’: that’s basically something powerpop(-ish) with visions of one night meeting with The Boss under the giant Exxon sign.’