Live From The Foxes #3 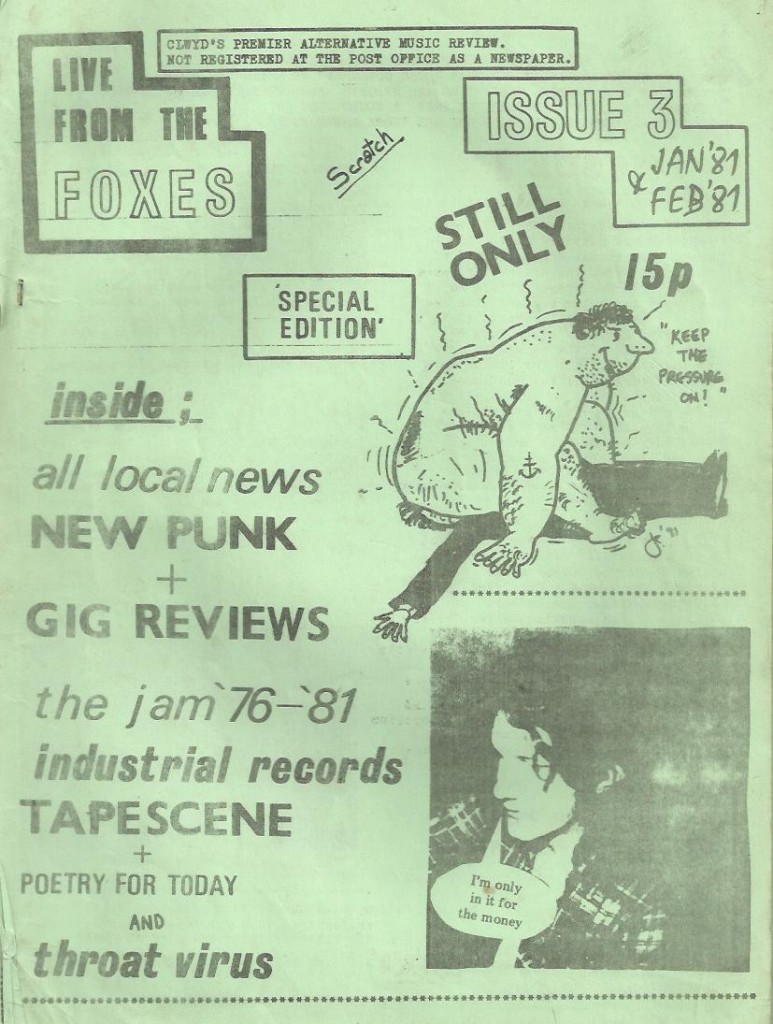 Prestatyn based fanzine from late 70’s, edited by Mark ‘Muss’ Jones (then manager of The Vaj & now involved with Nwales Newspapers. Title comes from a reference to Prestatyn’s Cross Foxes Hotel, & mixed local stuff with existential poetry, feminist stuff & included the quote “____ ____ is forming a new band which he says will be Joy Division influenced – with any luck the bastard’ll hang himself”. Typical photocopied zine of the period with an off-putting puke green cover that lasted no more than 3 issues up to Feb81