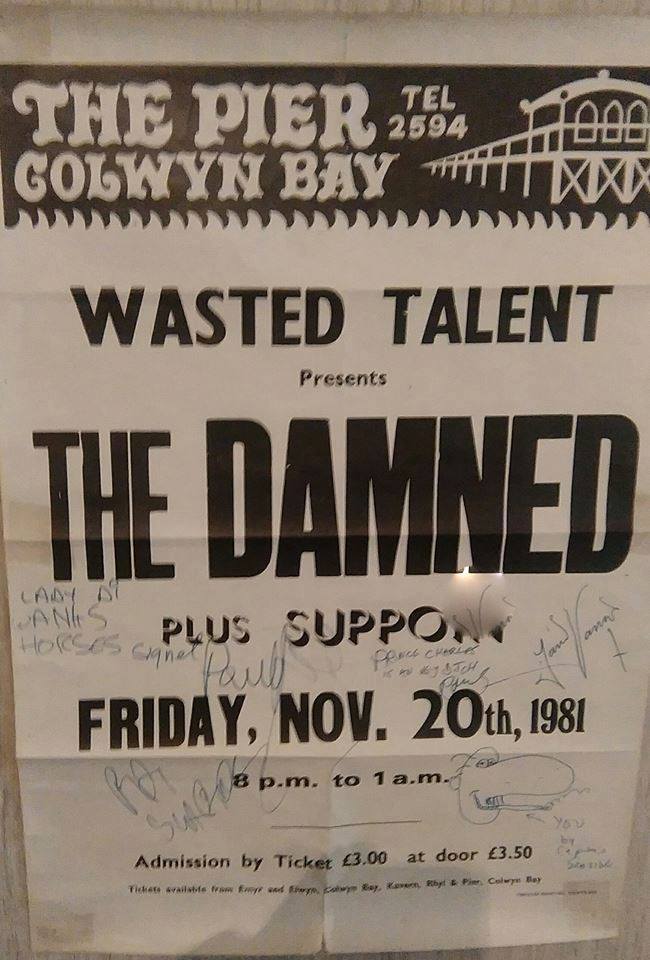 It was two days off my 15th birthday. I had seen (and met) The Jam and The Clash (supported by Vapors, Jiving Daleks and Mikey Dread), but this was my first gig I went to without my Dad (he was/is a photographer and got press passes for most shows). (pic above courtesy of Neil John Trotter) 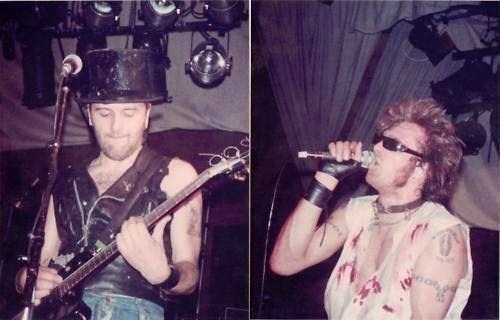 Myself, Yosser and Cret managed to get down to the front and within gobbing distance of the support band Anti Nowhere League, I had a flyer advertising the current tour. The Damned’s ‘Friday 13th EP’ was being released and ANWL were making waves with their version of Streets of London. (pic above & below not from gig)
The Pier at the time was a regular venue on the gig circuit and many a name band would grace this odd town with their musical presence (Motorhead, Siouxsie, Cockney Rejects, Black Flag, Desmond Dekker).
At the front to see the ANWL’s North Wales debut was a life changing experience for someone of such tender years. These leather clad punk-bikers in chains and tattoos and a Fuck You attitude was jaw droppingly exciting, and it was, like I said Life Changing. From that moment on I was going to be in a punk band – the Anti Nowhere League had branded PUNK onto my heart – a scar I still bear 30 years on. They were the extreme end of punk rock when it came to lifestyle and I read and believed all the interviews in Sounds and NME about drug orgies including farmyard animals and outrageous on stage – backstage antics. In reality they were probably nice boys in their 3-bed semis, and the fact they’re still alive today may add a little truth to my suspicions. At the time I believed it all and lapped it all up and loved the furore of having a fight with the stage manager before they were due to Top of The Pops, thus banning their appearance, and the Obscene Publications Squad seizing their single because the b-side So What made references to fellatio (as Mike Read would put it) with old men (Frankie Goes To Hollywood had nothing on the ANWL).
Music wise I remember very little from the gig, I was simply awestruck by the whole performance, I remember knowing the words to Streets of London and I recall a punked version of Eddie Cochran’s Rock Around The Clock. 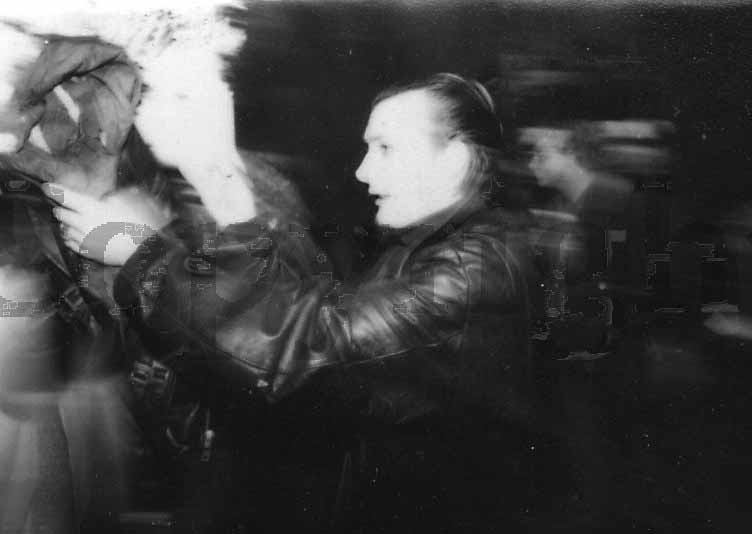 The Damned, despite being my favourite band (then and now), I have very little recollection of – I guess they played all the classics of the time, Love Song, Smash It Up, New Rose, Neat Neat Neat, Looking At You, Plan 9 Channel 7 and the four tracks off the excellent new EP – Disco Man, Limit Club, Billy Bad Breaks, Citadel – but this is all guesswork.
Dic Ben however says, ‘A long intro with a metronome, hippie bubble experience [aka Pink Floyd] & straight into ‘Wait For The Blackout’. One of the best intro’s I’ve ever experienced. As an encore, Rat & The Capt swapped places for a version of ‘Pretty Vacant’. Top gig.’

The Captain did introduce new-ish bassist Paul Grey, declaring he was far better than Algy Ward at sticking carrots up his own arse (funny how things stick in the memory!).
As the gig was on a Pier, there was only one way on and off, so if you hung around long enough after the show you’d get to meet the bands. Dave Vanian was clever enough to walk past everyone with his hair combed down and carrying a handbag onto the safety of the tour bus before we realised it was he. Captain and Rat were far more accommodating and signed autographs and traded insults. Capt was smoking and I asked him from a drag on his cigarette, ‘Piss off, have a wank,’ he scowled. What a guy…
As the tour bus pulled away, the Captain and Rat exchanged the universal ‘wanker’ gesture with us all and shouted out of the window, ‘Thanks for your money.’
You’re very welcome, thanks for the night. 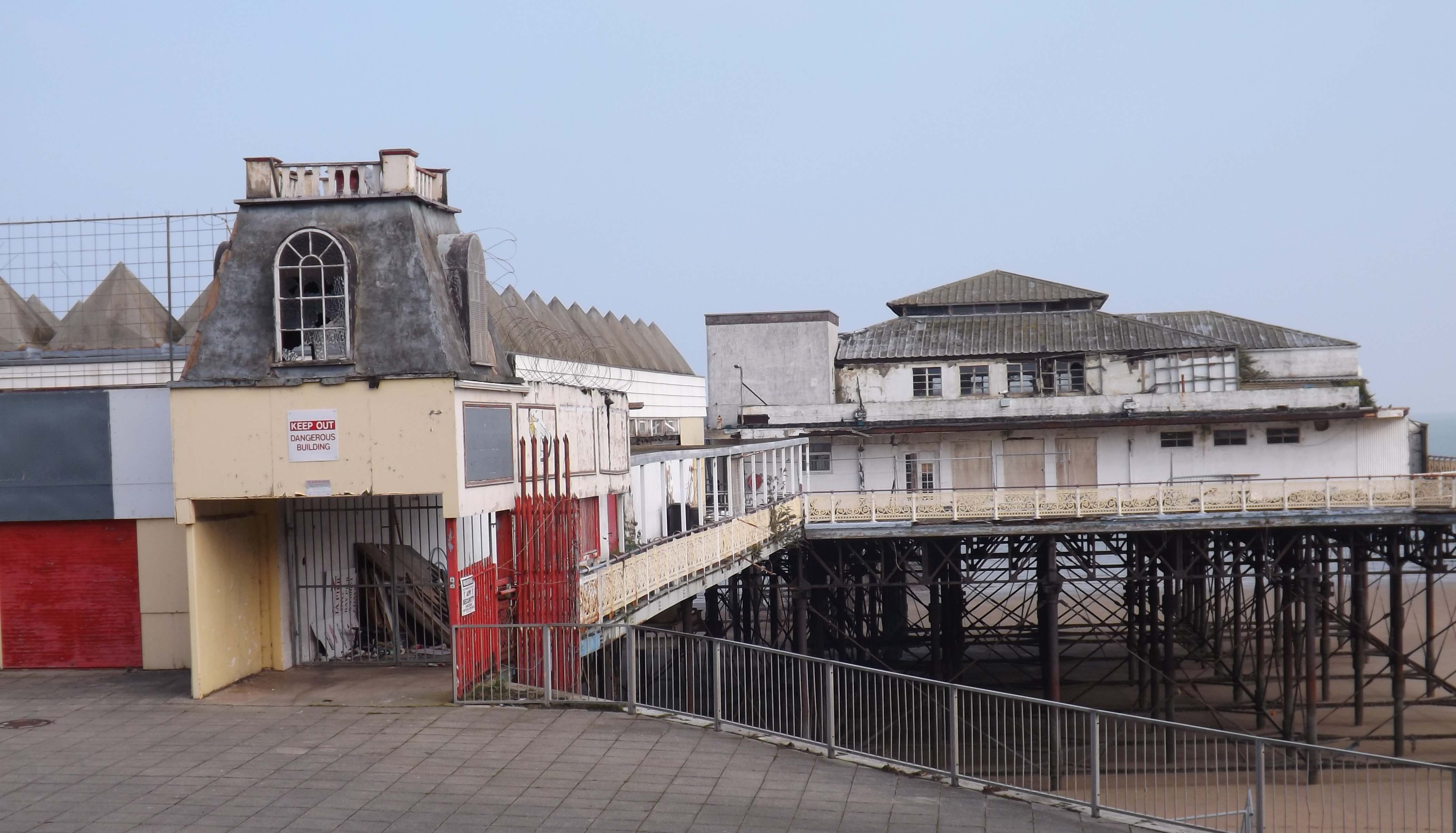