The Stranglers toured in a converted ice cream van in their early days, and they played The Refectory at Bangor Uni on this day. I think it was part of a week long music festival, which also included Steve Hillage, Van Der Graaf and many more. 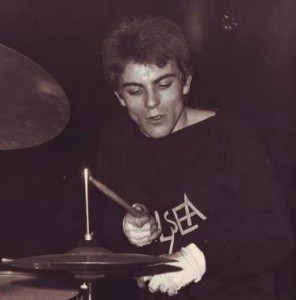 Speaking in 2014 after hearing about the death of Stranglers roadie Carey Fortune, Jean-Jaques Burnel said, ‘Carey became a roadie for us with Dick Douglas in 1976. One famous incident was where we got hassled big time at Bangor University (where Carey had studied) and he just launched himself off the stage into the crowd. There was a mass punch up and the ice cream van ended up with all four tyres slashed. We started to call him ‘Mutant’ due to the pallor of his skin…’

Did you go? Got any pics, memories?
Please get in touch…